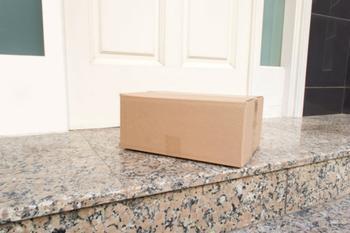 If this holiday season is like the last one, more people will be doing their shopping online.

And it's safe to conclude that package theft will be an even bigger problem than the year before. A 2015 study by Insurancequotes.com estimated 23 million Americans a year have at least one package swiped from their porch.

They're called “porch pirates,” thieves who know that during the holiday period, especially, often expensive merchandise is sometimes left at someone's doorstep because no one is home to receive it.

"Yes, many thieves don't have anything better to do than to follow delivery trucks around town to see what kind of bountiful packages they'll be leaving at the doorsteps of homes," said home security specialist Robert Siciliano. "This means even more crooks simply drive around residential areas during the holidays looking for boxes sitting outside of doors. These crooks will simply walk off with the packages."

With more homes now equipped with surveillance cameras, many of these thefts have been caught on tape. However, that has done little to stop them from occurring.

Enterprising companies have begun producing products that can help consumers safely receive their packages. Some of them involve smart home technology.

A study by August Home found that 74% of packages are stolen during the day, when the consumer is at work and no one is at home. Sixty-nine percent of consumers said they would consider some type of smart technology that would allow delivery personnel access to the home, so they could leave packages inside.

“With the average value of packages stolen costing $200 or more to replace, 80% of homeowners mentioned that they would rather invest in smart technology, such as our Doorbell Cam, which would eliminate this worry once and for all, rather than continue to spend money replacing stolen goods, said August Home CEO Jason Johnson.

A low-tech solution is installing a secure package receptacle on your front porch. This one, readily available at Home Depot, costs just over $250.

If an online retailer provides the option, select a specific time for delivery. Also, try to program delivery alerts on your smartphone so you know when a package arrives. If you aren't home, call a neighbor and ask him or her to watch for it and pick it up for you.