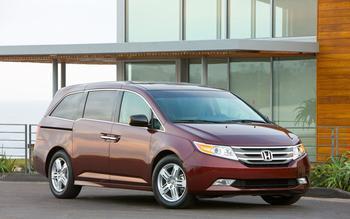 The second row outboard seats can slide sideways to one of two positions.

If a seat is placed between either of the two positions when attaching the seat to the vehicle floor, the seat will not latch properly to the seat striker, allowing the seat to tip forward unexpectedly during braking.

A seat that tips forward during braking can increase the risk of injury.

The remedy for this recall is still under development.

Honda will notify owners of the safety risk in an interim notification and provide detailed instructions for installing/positioning the second row outer seats and confirming that they are securely latched. Once a final remedy is determined and the necessary parts are available, Honda will send a second letter to the owners to have them visit a dealer to have the condition remedied, free of charge.

The interim notification is expected to begin December 18, 2017.