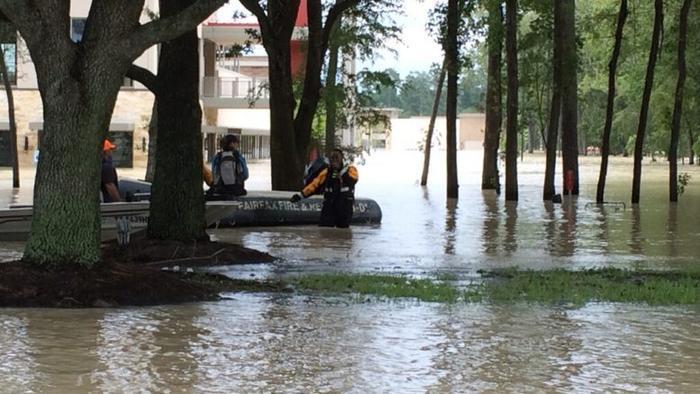 As the scope of the disaster that was falling on Houston became more clear last weekend, J.J. Watt decided to do something.

The all-pro defensive end for the NFL's Houston Texans pledged some of his own money to help his city's residents recover, and started calling his friends to help as well. He set a goal of raising $200,000. He raised that in the first couple of hours.

As of today, Watt's social media fundraising campaign has pulled in an estimated $13 million to help the storm ravaged area recover. He told CNN he and many of his teammates have rented tractor-trailer trucks to personally deliver much-needed supplies.

Watt, of course, is a celebrity with lots of connections, but millions of lesser-known consumers are making much smaller donations of their own, primarily to the Red Cross, United Way, and Salvation Army. In fact, consumers should use discretion in making donations, giving only to these and other well established and vetted organizations.

These and other sanctioned relief organizations are also receiving an outpouring of private money from corporations. The United Way of Houston reports it has received $2.5 million from ConocoPhilips and $1 million each from Macy's and TechnipFMC, an energy company. The McNair family, owners of the Houston Texans, has put up $2 million so far.

One of the largest commitments is from Walmart and the Walmart Foundation, which together have pledged $20 million to relief efforts and the City of Houston's Hurricane Harvey Relief Fund.

In fact, nearly every major consumer product company has pledged some level of support, either in the form of cash or much needed products, like food, clothing, and building materials.

The federal government will eventually provide billions of dollars in aid to help the Texas Gulf Coast recover, but an army of private citizens and corporations have taken the first steps to meet the area's immediate needs.

Harvey is the first major disaster since Katrina, and what's changed since then is social media. In 2005, there were hardly any smartphones. Now everyone has one, and can follow Red Cross efforts on Facebook.

Of course, leveraging the money into immediate assistance is a challenging job. The Red Cross and Salvation Army are on the ground providing food and shelter.

Missouri-based Convoy of Hope operates a fleet of tractor-trailer rigs and has loaded the trucks with donated supplies and headed for the flood zone, setting up a distribution site in Victoria, Tex. As of mid-day Thursday, the organization said it had delivered over one million pounds of supplies.

The federal response will no doubt be larger and focused on a major rebuilding effort. But to meet immediate humanitarian needs in the Houston area, individuals and corporations have so far provided some much needed help.

Donate to the American Red Cross

Donate to the Salvation Army