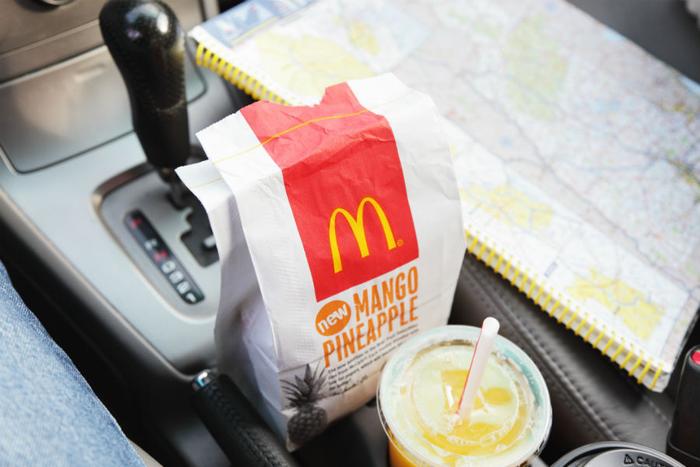 As part of an effort to modernize its restaurants, McDonald’s will be adding artificial intelligence features to its drive-thru lanes.

The restaurant chain announced on Tuesday that it’s acquiring tech startup Apprente, which has for the past two years been working on building a “voice-based conversational system that delivers a human-level customer service experience.”

Applied to McDonald’s drive-thrus, Apprente’s technology -- which understands different accents and multiple languages -- could help speed up service. The fast-food chain says ramping up its digital capabilities is “fundamental” to its tech-focused growth plan, which was put in place as a way to meet “rising expectations from our customers” and to streamline the ordering process.

“Apprente’s gifted team, and the technology they have developed, will form McD Tech Labs, a new group integrated in our Global Technology team that will take our culture of innovation one step further,” McDonald’s president and CEO Steve Easterbrook in a statement.

Last year, McDonald’s unveiled its plan to incorporate more technology into its locations. The company said it planned to invest $6 billion into a modernization effort that would involve the addition of self-serve kiosks, digital menu boards, and modernized dining rooms with new furniture.

In March, McDonald’s announced that it would be purchasing a technology company called Dynamic Yield. The fast food giant said Dynamic Yield would be helping it personalize its drive-thru experience through the addition of technology. The firm’s machine learning technology gives McDonald’s menu displays the ability to change based on different factors, such as current weather or customers’ previous menu selections.

“With this acquisition, we’re expanding both our ability to increase the role technology and data will play in our future and the speed with which we’ll be able to implement our vision of creating more personalized experiences for our customers,” Easterbrook said of the acquisition back in March.

The technology was added to more than 8,000 of the chain’s drive-thrus after the deal was struck. McDonald’s is aiming to have the technology in place at almost all of its U.S. and Australian drive-thrus by the end of 2019.