The latest test results were superior to earlier findings 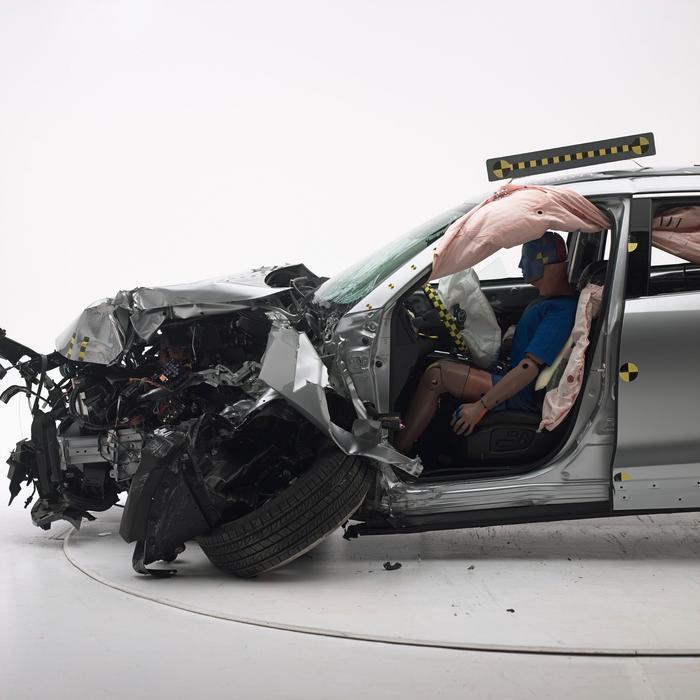 Across-the-board good crashworthiness ratings, a superior-rated front crash prevention system and acceptable-rated headlights made the difference from tests performed on the 2015 model.

A vehicle must have good ratings in the small overlap front, moderate overlap front, side, roof strength and head restraint tests in order to earn the 2017 "Top Safety Pick+" award.

Available advanced or superior front crash prevention and headlights that earn an acceptable or good rating are required as well.

A new design turns the tables

The CX-9 was redesigned for the 2016 model year. Beginning with 2017 models built after November 2016, Mazda modified the deployment pattern of the side curtain airbags to improve protection in front and side crashes.

The 2015 model of the CX-9 rated poor for protection in small overlap front crashes, as the structure was seriously compromised and the side airbag didn't deploy.

It also came up short for roof strength, which is important for protecting occupants in a rollover crash, and for head restraints, which help prevent neck injuries in a rear crash. The SUV earned only marginal ratings in those tests.

The 2017 CX-9 also offers optional front crash prevention that earns a superior rating. In IIHS track tests at 12 and 25 mph, it avoided collisions.

The superior-rated front crash prevention comes on the CX-9's Grand Touring and Signature trims, which also are equipped with the CX-9's best available headlights, which are rated acceptable. Other trim levels come with marginal headlights.