Marriage and fatherhood lead men to put on a few pounds, study finds

Researchers link the increases to motivational and social changes 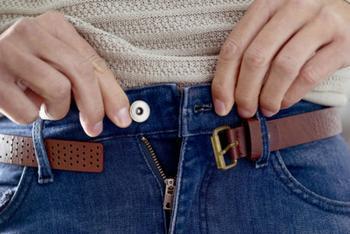 Has your husband put on a few pounds since your wedding or the birth of your child? A new study suggests that it isn’t all that uncommon and links it to changes in motivation and social interactions.

Dr. Joanna Syrda, a business economist from the University of Bath, says that the findings support two popular social theories which say that men who are single have more incentive to stay fit and that married men eat richer foods on a more regular basis, both socially and at home.

"It's useful for individuals to understand which social factors may influence weight gain, especially common ones such as marriage and parenthood, so that they can make informed decisions about their health and well-being. For married men who want to avoid body mass index (BMI) increases that will mean being mindful of their own changing motivation, behaviour and eating habits,” she said.

The study analyzed data from the Panel Study of Income Dynamics, which looked at financial and social factors for heterosexual couples between 1999 and 2013.

Using these results, the researchers attempted to see what effects marriage, divorce, pregnancy, and parenthood had on men’s body mass index (BMI) scores over long periods of time. They found that married men tended to have higher BMIs and weighed an average of three pounds more than men who were not married or were recently divorced.

However, the researchers admit that efforts to lose weight before a wedding and immediately after a separation were influencers on the data.

Syrda says that this new information can help inform men about the potential health risks associated with these landmark life events. "Given major public health concerns about obesity, understanding more about the social science factors that can cause weight fluctuation is important," she said.

The full study has been published in Social Science & Medicine.