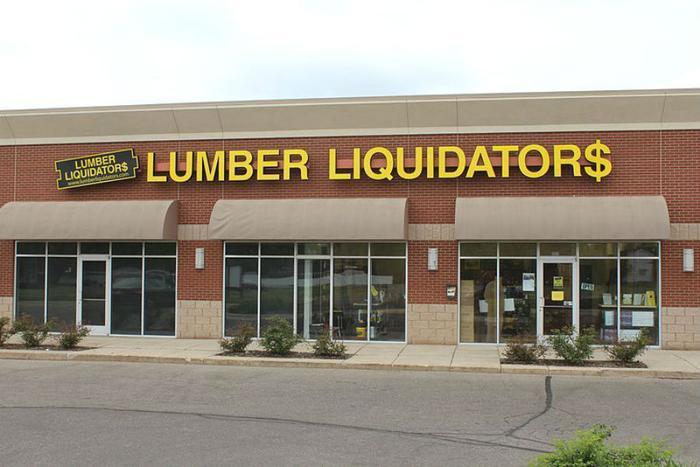 The Securities and Exchange Commission (SEC) has leveled fraud charges against Lumber Liquidators, claiming the flooring retailer made false statements to the public about the levels of formaldehyde in some of the flooring it sold.

The SEC says the company has agreed to settle the charges and pay $33 million in combined criminal and regulatory penalties.

The formaldehyde issue made news in 2015 when reports surfaced that some of the laminate flooring the company sold emitted more formaldehyde than regulations allowed. Lumber Liquidators went to great lengths to assure consumers and investors that its products met acceptable standards despite the numerous claims to the contrary.

It pulled all Chinese-made laminate flooring and hired former FBI Director Louis Freeh to review its sourcing program to ensure the safety of its products. It reported initial results of tests conducted in customers' homes, which showed that 97 percent were within established guidelines for formaldehyde levels in indoor air.

The SEC faulted Lumber Liquidators for the manner in which is responded to a 2015 “60 Minutes” broadcast that showed undercover video of Lumber Liquidators’ suppliers saying that they provided the company with products that did not comply with regulatory requirements. Lumber Liquidators publicly attacked the report, saying its allegations were untrue.

As part of its response, the SEC says the company “fraudulently” informed investors that third-party test results of its flooring products proved compliance with formaldehyde emissions standards. The company further stated that it had stopped purchasing flooring from suppliers that could not meet minimum standards.

The SEC alleges that at the time Lumber Liquidators made those statements it was aware that its largest Chinese supplier had failed third-party formaldehyde emissions testing and was unable to produce documentation showing regulatory compliance.

The SEC also claims that the company’s denial that individuals in the “60 Minutes” undercover video were factory employees of its suppliers was not true.

"We have cooperated with this investigation and are pleased to have reached a resolution with the U.S. Attorney's Office, DOJ, and SEC," said Lumber Liquidators CEO Dennis Knowles. "We appreciate that the government recognizes the changes in the company's leadership and the strengthened organization that we have built. Lumber Liquidators has undergone a significant transformation in recent years and today is a new company led by an entirely new management team that is committed to our customers, compliance, transparency, and accountability across our organization."

As a publicly traded company, Lumber Liquidators and its officers must abide by strict rules when discussing events that can materially affect the stock price. The SEC maintains the company violated those rules.

“The relief obtained today, along with the criminal fine imposed by the Department of Justice, ensures that the company will forfeit all profit and pay a heavy price for the false assurances it provided to the market.”