Looking for a job? Here's what offers the best pay 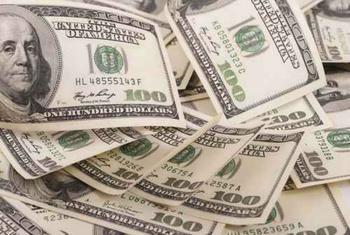 The job market appears to have shifted. The most recent numbers show employers are hiring more people, allowing job seekers to be a little more selective.

Glassdoor, an employment and recruiting website, has listed what it says are the best paying jobs right now. Not surprisingly, four of the top five are in the healthcare field.

Number one on the list is a physician, with 7,770 openings and a median base salary of $187,876. But unless you spent the last few years in medical school, you might have to strike that one off your list.

Number two is pharmacy manager. Glassdoor counts 2,370 openings in that category, with a base salary of $149,064.

People must be busy inventing things because being a patent attorney comes in at number three on the list. There are only 525 openings but the starting pay is $139,272.

All of these jobs, of course, not only require special skills but specialized education. Other high-paying jobs on the Glassdoor list include corporate controller, software engineering manager, R&D manager, and actuary. You can check out the complete list here.

"With nearly half the list comprised of jobs in the tech and healthcare industries, this report reinforces that higher salaries are found in America's fastest job-creating sectors, which require higher education and in-demand skill sets," said Dr. Andrew Chamberlain, Glassdoor Chief Economist. "However, while pay is one of the leading factors job seekers consider when determining where to work, our research shows that salary isn't necessarily tied to long-term job satisfaction."

So let's say you have an extremely persuasive personality. As a kid, you convinced your parents to let you keep the dog that followed you home from school.

Employment sites CareerBuilder and Emsi have released 10 good jobs for people with a gift for persuasion. Sales manager, of course, is on the list, but so are some other jobs you might not expect.

They include operations managers, IT managers, financial managers -- actually, almost any type of management job since it requires exerting leadership.