Another drop in the filing of jobless claims 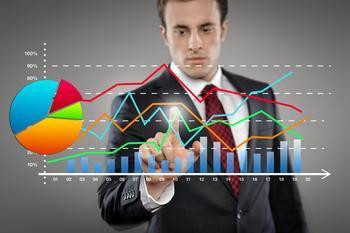 The latest reading of The Conference Board's Leading Economic Index (LEI) suggesting the economy will continue to grow -- maybe at an even faster clip.

Ataman Ozyildirim, The Conference Board's director of Business Cycles and Growth Research, says the recent trend in the LEI, which was led by the positive outlook of consumers and financial markets, “continues to point to a growing economy, perhaps even a cyclical pickup.”

He calls the first quarter’s weak GDP growth “a temporary hiccup as the economy returns to its long-term trend of about 2%.”

While the majority of leading indicators have been contributing positively in recent months, housing permits followed by average workweek in manufacturing have been the sources of weakness among the U.S. LEI components.

The LEI, a closely watched forecaster of economic activity, is a composite average of several individual leading indicators. It's constructed to summarize and reveal common turning point patterns in economic data in a clearer and more convincing manner than any individual component -- primarily because it smooths out some of the volatility of individual components.

The LEI contains the following 10 components:

The filing of initial jobless claims continues to trend downward.

The Labor Department (DOL) reports initial applications for state unemployment benefits totaled a seasonally adjusted 232,000 in the week ending May 13 -- down 4,000 from the previous week's unrevised level.

The 4-week moving average, considered by economists to give a more accurate picture of the labor market fell 2,750 during the same week to 240,750.