Company's only solution is to replace the sunroof, car owners charge 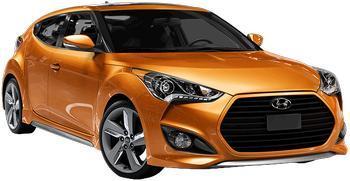 A Texas family charges that the sunroof on the 2012-2013 Hyundai Veloster "explodes without warning," turning the $17,600 car into a death trap.

Linda, Sonia and Fernando Palacios say the company knows about the problem but does not warn buyers and has not taken any steps to solve the issue, other than offering a replacement sunroof, according to Courthouse News Service.

The Palacios, of McAllen, Texas, say they bought a Veloster for their mother last year and were shocked when the roof exploded while the vehicle was parked in December 2012.

The explosion sent shattered glass all over the car, damaging the seats. The force of the explosion was so great that it bent the metal frame surrounding the sunroof assembly, they said.

The family said their Hyundai dealer originally denied there was a problem with the sunroof, but later agreed to replace it under warranty.

However, the Palacios, who are seeking class action status for their lawsuit, say that's not an adequate solution, as consumers could be killed or injured if their sunroof exploded while the car was occupied.

The family claims that the National Highway Traffic Safety Administration has received "numerous" complaints about the car but Hyundai has refused to warn owners of the problem.

Hyundai did issue a recall of 2012 Veloster vehicles manufactured from November 1, 2011 through April 17, 2012 but the Palacios claim that does not cover all of the potentially affected vehicles.