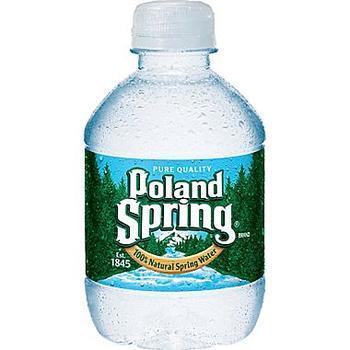 Eleven consumers are listed as plaintiffs in the case, charging Nestle has used the association between spring water and purity as a marketing ploy to sell, what the suit claims, is essentially filtered ground water, charging a premium price.

In a statement, Nestle Waters, based on Stamford, Conn., said the suit has no merit, and further branded it an attempt to “manipulate the the legal system for personal gain.” It also said Poland Spring meets the Food and Drug Administration's (FDA) legal definition of spring water.

In fact, the FDA's regulations covering bottled water and how it is defined are both extensive and specific. Among the criteria to be called spring water are:

This is not the first time the issue has been raised. The Portland (Maine) Press Herald reports Nestle Waters faced a similar lawsuit in 2003, with the plaintiffs alleging that the company's marketing was misleading about where the water originated.

According to the report, the suit was settled out of court, with the company providing about $8 million in consumer discounts and more than $2 million given to charitable organizations.

"Bottled water effectively reshaped the beverage marketplace," said Michael Bellas, CEO of Beverage Marketing Corporation, said at the time. "When Perrier first entered the country in the 1970s, few would have predicted the heights to which bottled water would eventually climb.”

He says bottled water sales have increased every year from 1977 to 2016, with the exception of two year during the Great Recession.