Lawmakers line up to overturn the Philadelphia soda tax 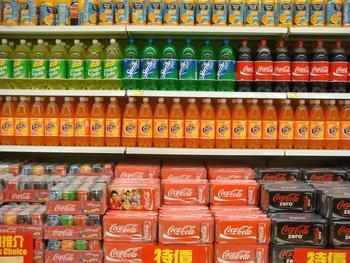 You may recall last year when Philadelphia became one of the first cities to enact a tax on sugar-sweetened beverages. Advocates lined up behind the bill in the hope that it would help fight obesity and fund initiatives like pre-kindergarten education.

Opponents derided the tax as being unconstitutional and in flagrant violation of the law. In September, the American Beverage Association, business owners, and some residents lashed out against the proposed bill, stating that the tax unfairly duplicated the effects of 6% sales tax that consumers already had to pay for sugar-sweetened beverages.

However, the bill remained fixed – and on January 1 it went into effect. Now, some lawmakers are lining up against the bill again. The Philadelphia Inquirer reports that three dozen legislators have filed a brief calling for the tax to be overturned, stating that it ultimately could have a negative impact on the state’s budget.

“The Philadelphia Sweetened Beverage Tax is an impermissible sales tax no matter how it is couched and, if allowed to stand, sets a dangerous precedent. The trial court erred when it upheld the tax,” the brief states.

The 13-page brief states that the tax should be stricken down because it (1) violates the Sterling Act, (2) violates the Uniformity Clause of the Pennsylvania Constitution, and (3) undermines the state’s ability to fund important services.

The Sterling Act states that no tax or levy can be collected on a product that is already subject to a state tax. Those who drafted the soda tax claim that it doesn’t violate the law because it is imposed at the distribution level and is fundamentally different from a sales tax. However, the opposed lawmakers say that the argument is a matter of semantics, and that the extra cost is simply passed down to consumers anyway.

Lawmakers say the Uniformity Clause of the Pennsylvania Constitution is breached because the tax doesn’t apply equally to all beverage products. Since the tax is applied based on the volume of a product, and not its value, the mark-up on some high-volume products is much greater than low-volume, expensive brands. The brief provides examples of diet tonic water being taxed at 78% of its value, while a six-pack of Red Bull is only taxed at 6%.

Finally, lawmakers say that the tax undermines public policy because it effectively hurts the state’s ability to collect money. The brief argues that the tax would allow government entities across Pennsylvania to similarly avoid the Sterling Act’s structure, and consumers would either stop buying some products altogether or travel out of state to buy them. Without the additional sales tax revenue, the lawmakers say that important services and appropriations could be put at risk, and the passing of an annual state budget could be delayed.

Philadelphia mayor James Kenney’s administration initially dismissed the brief, saying that the 36 lawmakers don’t represent the majority of the legislature. Philadelphia city spokesman Mike Dunn released a statement saying that the brief “does nothing but parrot arguments by the American Beverage Association that were previously rejected by the Court of Common Pleas.”

However, the lawmakers who did sign the brief state that the tax has dangerous implications. Sen. Anthony H. Williams explains that although the tax was designed with good intentions, it is unfairly burdening poorer members of the community and might force smaller retailers out of business.

“It is having a very, very negative impact on the community that they thought they were going to help. . . The execution of [using a beverage tax] is an experiment that needs to be stopped and rethought. This tax is falling upon the poor,” he said.

City spokeswoman Lauren Hitt denied the claim, saying that the beverage industry had taken advantage of poor communities for decades. She argues that the tax will help change this dynamic by helping to fund important programs like pre-kindergarten education.