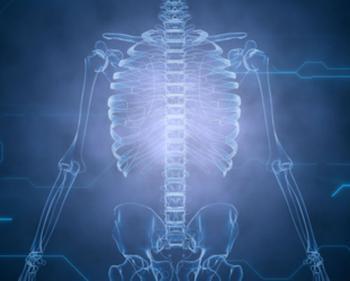 Parents may remember telling their children when they were younger to drink their milk and eat their vegetables so that they can grow up big and strong. But one recent study shows that it’s especially important for older teens to follow a proper diet and take part in physical activities to encourage bone growth.

Researchers from the Children’s Hospital of Philadelphia (CHOP) and the National Institutes of Health (NIH) – along with colleagues from Ohio, Nebraska, New York, and California – have found that the late adolescent years are a key time for bone growth, even after a teen has reached their full height.

"We often think of a child's growth largely with respect to height, but overall bone development is also important," said lead author Dr. Shana E. McCormack. "This study shows that roughly 10 percent of bone mass continues to accumulate after a teenager reaches his or her adult height."

Using data from the NIH’s Bone Mineral Density in Childhood Study (BMDCS), the researchers found that bones develop at different rates in different parts of the skeleton. According to co-author Dr. Babette S. Zemel, these growth rates are affected by a number of factors, including race.

McCormack adds that the findings are especially important since late adolescence is a time when many teens adopt more risky behaviors and habits, such as smoking and drinking alcohol. She suggests that parents and caregivers encourage healthier behaviors during this phase of life to avoid bone-related health complications down the road.

"We've known for a long time that maximizing bone health in childhood and adolescence protects people from osteoporosis later in life," said Zemel. "This study reinforces that understanding, and suggests that late adolescence may be an underrecognized period to intervene in this important area of public health."

The full study has been published in Jama Pediatrics.