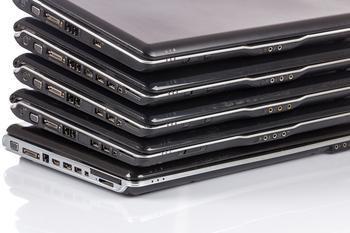 Getting rid of old electronic devices isn't always easy. You're not allowed to dump the stuff just anywhere and there's not much of a market for many used laptops, smartphones, tablets, and other gadgets.

So the high-dollar buyback offers from Laptop & Desktop Repair, LLC, sounded pretty good to many consumers. The trouble is that many consumers didn't get the payments they were promised and a federal court has issued an order temporarily stopping the defendants’ practices and freezing their assets.

“This is a classic case of bait-and-switch updated for the 21st century,” said Jessica Rich, Director of the FTC’s Bureau of Consumer Protection. “The defendants in this case lure consumers with false promises of generous payments, then hold consumers hostage once they have mailed their devices to the company.”

The complaint alleges that the defendants, which have done business under a variety of names including cashforiphones.com, cashforlaptops.com, ecyclebest.com, smartphonetraders.com, and sell-your-cell.com, generated a buyback quote for consumers who visited their websites and provided some basic information about the type and condition of the electronic device they wanted to sell.

The sites made it seem that consumers would get the exact amount of the quote. But when they sent in their used gear, the offer allegedly dropped to as little as three to ten percent of the original quote, according to the FTC.

According to the complaint, consumers usually had either three or five days to accept or reject the new lower offer. The complaint alleges that when consumers would attempt to call the defendants’ purchasing department to ask for their device back, they would be met with long hold times, disconnected call s and an office that was frequently closed on the weekends – even though those days counted against the consumers’ time limit to reject the lower quote.

Those few who did get through were told their devices had already been processed, the complaint alleges, adding that those who threatened to contact consumer agencies got a few dollars more for their trouble.

The company is charged with violating both the FTC Act and the Georgia Fair Business Practices Act.