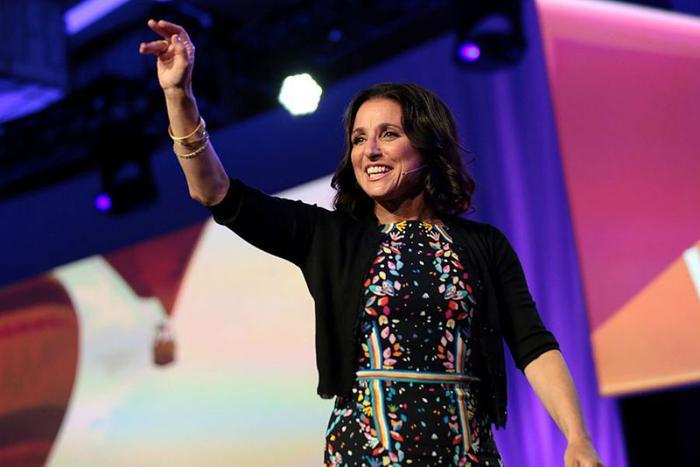 Actress Julia Louis-Dreyfus recently revealed to fans on Twitter that she is battling breast cancer. In a tweet captioned, “Just when you thought,” the Emmy winner announced that she was among the 1 in 8 women to be diagnosed with the disease in her lifetime.

The post also thanked her “supportive and caring family and friends, and fantastic insurance through my union.” She concluded by bringing up the national health care discussion.

"The bad news is that not all women are so lucky, so let's fight all cancers and make universal health care a reality,” she said.

Louis-Dreyfus has received an outpouring of support on Twitter, from fans and celebrities alike. Real-life politicians Joe Biden and Hillary Clinton took to Twitter to support the actress, whose depiction of fictional Vice President Selina Meyer on the HBO comedy “Veep” has won six consecutive Primetime Emmy Awards.

The news of the much-loved actress’ diagnosis comes just in time for Breast Cancer Awareness Month, which runs through October.

Nearly 300,000 women will be diagnosed with Breast Cancer this year, and 40,000 will die. Breast cancer kills one woman every 13 minutes, according to the American Cancer Society.

Amid such sobering statistics, preventative measures and education about breast cancer are critical. While some risk factors -- such as a hereditary predisposition for breast cancer -- can’t be changed, several lifestyle changes can mitigate breast cancer risk and increase early intervention.

Here are a few steps to take to lower your risk of developing breast cancer, according to the Mayo Clinic.