The Trump White House could still withdraw or weaken the rule, however 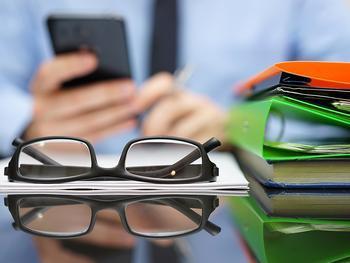 Big financial interests want to kill it and the Trump Administration wants to put it on hold, but a federal judge in Dallas has upheld the Labor Department's fiduciary rule, which would require that investment advisors act in the best interests of their clients rather than simply selling them whatever was most profitable or expedient.

In an 81-page ruling, Chief Judge Barbara M.G. Lynn of the Northern District of Texas, granted summary judgment to the Labor Department, rejecting all of the major arguments put forth by financial interests, including the U.S. Chamber of Commerce, the Securities Industry and Financial Markets Association, the Financial Services Institute, the Financial Services Roundtable, and the Insured Retirement Institute.

President Trump, who has been steadily rolling back consumer protection measures, has ordered the Labor Department to take a second look at the rule, which could eventually lead to its being modified or rolled back, but that was unrelated to the proceedings in Dallas.

Financial interests said they were disappointed by the court ruling but are holding out hope that Trump will come through for them.

"This ruling is disappointing but should have no bearing on President Trump's decision to review the fiduciary rule. Both Democrats and Republicans have rightly expressed concern about the devastating effects the fiduciary rule could have on access to investment options and advice for poor and middle-class savers," said John Berlau, a senior fellow at the Competitive Enterprise Institute, a Libertarian think tank in Washington.

The Justice Department had asked for a stay in the Dallas proceedings but Judge Lynn denied the motion only hours after it was filed.

In her ruling, Judge Lynn said the Labor Department did not exceed its authority in promulgating the regulation and said it was "not arbitrary or capricious," as the financial services industry had alleged.

The ruling was the third loss in court for industry challenges to the rule.