Is there hope for first-time homebuyers?

Genworth Financial report sees more first-timers getting into the market 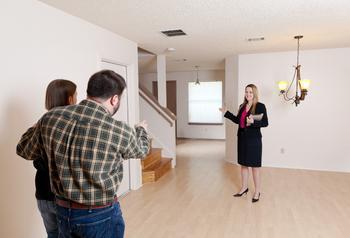 As we have consistently noted over the last few months, home prices continue to increase, causing some housing economists to worry that both prices and rents are becoming unaffordable.

Recently, it's been the first-time homebuyer who has been the object of that concern. Currently paying rent that goes up each year, they have to save enough for a down payment for a house that is also rising in price.

But if you are a potential first-time buyer, there may be hope. Others like you are apparently active in the marketplace.

Genworth Mortgage Insurance, part of Genworth Financial, reports first-time buyers purchased 570,000 single-family homes in the second quarter of this year, up from 426,000 in the first quarter. That's the largest number since 1999, just as the housing bubble began to inflate.

Genworth reports purchase mortgage originated by 5% while sales and mortgages made to first-time homebuyers increased by 8%. It suggests the first-time buyer segment is stronger than a lot of people think.

First-time buyers were responsible for 36% of all single-family homes sold during the second quarter, rising from 34% a year ago. In the mortgage market, they made up 57% of all purchase mortgages originated, slightly higher than a year ago. Both are in line with historical norms.

First-time buyers, like everyone looking for a home, have lately had to deal with shrinking inventories of homes for sale. Market professionals have noted that fewer existing homes are going on the market and fewer new homes are being built.

The new homes that are being built tend to be more expensive, often out of the price range of first-time buyers. But Genworth analysts have noted a shift.

While the median priced new home sells for around $313,000, Genworth says builders have begun increasing construction of homes that sell for $200,000 to $250,000. That price range, says Genworth, accounted for 36% of all new homes purchased in the second quarter. The problem, however, is there is still more demand in that price range than supply.

Long-term, Genworth says it believe housing supply and demand will get back in balance. But it probably won't happen, its analysts say, until at least 2019.