Is student loan debt on its way to becoming a crisis?

A few financial watchdogs make the case that it is 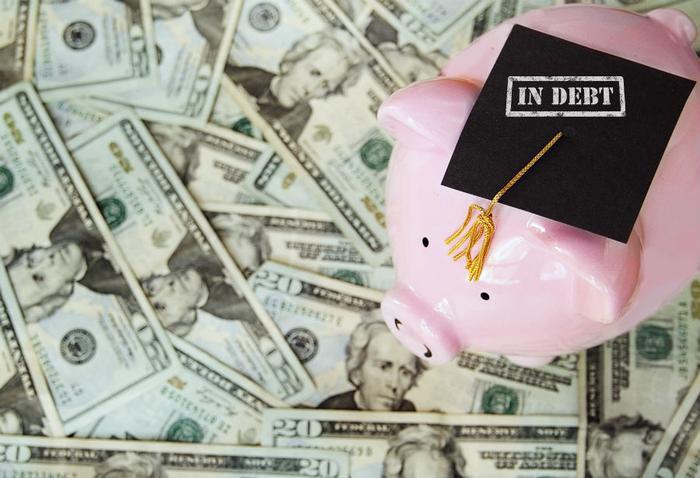 It’s very difficult to get through four years of college without taking out student loans because colleges have raised tuition much faster than the rate of inflation.

Now that student loan balances have gone past $1.6 trillion, the Center for Responsible Lending (CRL) is sounding the alarm. CRL’s president Mike Calhoun has recently been warning policymakers that rising student loan debt totals pose the same systemic risk that subprime mortgages did a decade ago.

In an interview with NPR, Calhoun says there is one glaring similarity between the subprime mortgage crisis and today’s growing student loan balances. In the early 2000s, he says mortgage brokers were writing loans without any regard for whether the borrower could repay the loan. He says student loan lenders are doing the same thing now.

“Once again, it's the mismatch between the debt and the borrower's income, their ability to repay," Calhoun told the network.

The education website TheBestSchools.org has been warning students about debt for years. Its editors say that there are a number of risks when young people, who may have never even had a credit card, go on the hook for tens of thousands of dollars of debt.

“The most obvious risk is that you won't finish the degree program for which you are taking the loan, and you then end up leaving the school without anything to show for except some uncomfortably large debts,” the organization says on its website.

An even bigger risk is the student graduates with a degree that has not prepared them for the workplace and is not marketable. They take a low-paying job but are still faced with huge loan payments each month.

Some analysts discount Calhoun’s warnings as overly alarmist, noting that student loans are almost impossible to walk away from. They can’t be discharged even in bankruptcy.

But Calhoun and others say that doesn’t mean borrowers can simply stop paying, especially if they have no money or job. And that appears to be what’s happening.

At the beginning of this year, Ascent’s Student Loan Debt Statistics for 2019 showed 5.2 million people who had taken out federal student loans were in default. That doesn’t count those defaulting on loans issued by private lenders.

The report showed that in 2018, 20 percent of all student loan borrowers were behind on their payments. The report also showed that it’s not just recent graduates who are still writing checks each month.

In 2018, people between the ages of 35 and 49 had the highest student loan debt totals, owing $548 billion that presumably, they have been paying on since graduation.

Student loans should be taken out with much care and guidance, but if you are considering a student loan, ConsumerAffairs has collected hundreds of reviews on the top lenders here.