Is it any easier to get a mortgage now?

With the market recovering, getting a loan can still be tricky 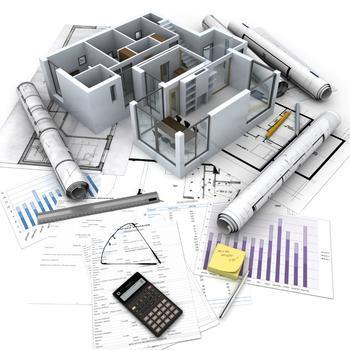 Five years ago, when the bottom fell out of the housing market, the mortgage lending industry did an about-face. It changed from an era of easy credit for everyone to extremely tight lending standards, almost overnight.

For a number of good reasons the industry suddenly – and some would say belatedly -- became very concerned about a mortgage applicant's ability to repay the loan. As a result, fewer consumers could get loans and home sales plunged, along with prices, making the housing crisis even worse.

Five years later the housing market appears to be in full recovery mode. Home sales continue to rise, along with prices. But does that mean it's easier now to get a loan? It depends who you ask.

While the market appears to be recovering, it's generally agreed that price gains have been driven by a shortage of houses for sale. Many of the sales have been from investors paying cash, who have no need of a mortgage.

“Tight inventory is limiting choices in many areas, higher mortgage interest rates mean affordability isn’t as favorable as it was, and restrictive mortgage lending standards are keeping some otherwise qualified buyers from completing a purchase,” Yun said.

Some housing experts disagree with Yun, however, saying consumers aren't necessarily being blocked from the mortgage market but they are required to jump through a lot more hoops, which is rarely a pleasant process.

If you have a stable job, low debt and a hefty down payment, the reasoning goes, you should be able to swing a loan. But you might have to answer a lot of questions about what are considered “unusual” deposits in bank and brokerage accounts. What's the source of the money, the underwriters want to know?

The demand for more documentation is no doubt a hassle but some in the mortgage industry argue it doesn't really make it harder to get a mortgage if, in the end, you get a mortgage. True, but the requirement for an excellent credit rating – which is now the industry norm – probably is a barrier to homeownership.

Federal Reserve Governor Elizabeth Duke, in a speech earlier this year, took the view of Lawrence Yun that mortgage standards might be overly restrictive. While she said she was generally optimistic the housing recovery will continue, she tempered it with a concern.

“My main hesitation with this forecast is that mortgage credit conditions remain quite tight for many would-be borrowers, and I suspect that the easing of these conditions will be a slow and gradual process,” Duke said. “In particular, I expect demand to come from a pickup in new household formation, but I also recognize that these households may be the very population that faces especially tight credit conditions.”

Duke cited federal housing data showing the drop in purchase mortgage originations has been most pronounced among borrowers with low credit scores.

Duke said its impossible to predict when the mortgage market might return to normal or even what “normal” would look like. But since Duke's speech the Consumer Financial Protection Bureau (CFPB) has issued its final rule covering mortgage lending, which may ease current restrictions. Consumer groups generally praised the provision giving lenders the leeway to make mortgage loans to consumers whose down payment was less than 20%.

“Research from the UNC Center for Community Capital and the Center for Responsible Lending has shown that low down payment home loans have been a significant and safe part of the mortgage finance system for decades,” CRL said in a statement. “These loans bear little resemblance to subprime mortgages that crashed our economy.”

The new rule takes effect in January. The first quarter home sale statistics may suggest whether getting a mortgage loan is easier or not.