Is August the best month to buy a new car?

Sales data from the last 12 months suggests it is 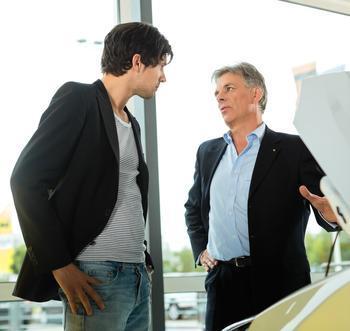 Car dealers have been wheeling and dealing so far in 2013, driving sales to record highs. While each month provides some tantalizing offers, August just might be the best month to visit a new car showroom.

Here's why – a study by TrueCar.com, an automotive website,shows the average price for buying a vehicle in August is more than $150 lower than any other month. On average, that's $500 less than the the other 11 months.

What may be more surprising is that it's $1,000 less than December. Even though conventional wisdom suggests December is one of the best months of the year in which to buy a new car, the data suggests it's actually one of the most expensive.

So, what makes August such an opportune time to upgrade your wheels?

“August is the best month to buy a car or truck because dealers are cleaning out older inventory as the new models roll in,” said Scott Painter, founder and CEO of TrueCar. “This change-over means late-model vehicles are priced to be quickly sold off the lot. August is definitely the time to buy if you’re looking to save money.”

Let's just take that notion for a test drive. Here's what Honda, one of the best-selling nameplates in America, is offering in August.

How much are you likely to spend? According to the TrueCar data, the average August transaction price over the previous four years is $28,950. February, with its Presidents Day sales, is second, at $29,109.

While you might find good deals on new cars in August, there may also be some good buys on used cars, especially three year-old models turned on on leases. The automotive site Edmunds.com reports the average price of a used car at franchise dealerships is down $118 in the first half of 2013 to $15,986.

You might have trouble getting the best deal on a used Honda. Hondas sold faster at franchise dealerships than all other brands. Lincolns, on the other hand, might yield the biggest bargains since they sold at the slowest rate.

If you're looking for a used hybrid, you may be in luck. Because hybrid leases jumped in 2010, Edmunds expects a significant increase in used hybrid inventories in the third quarter.