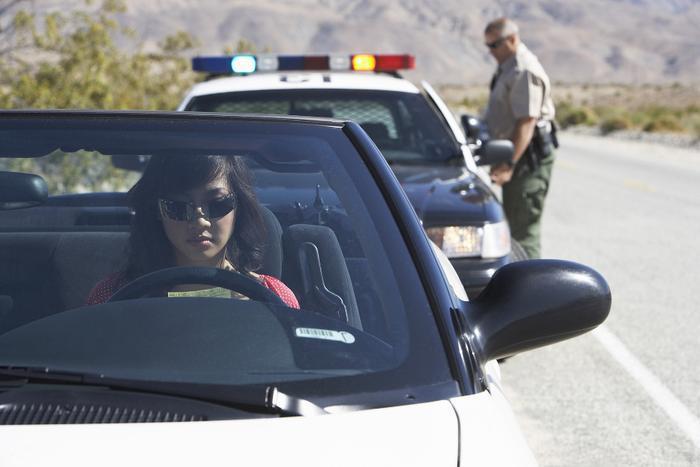 If you have auto insurance you probably understand that staying out of an accident is the best way to keep your rates from going up. Filing a claim almost always results in a rate hike.

Insurance companies, which measure risk when they decide who to cover and how much to charge, also look at your driving record. Getting tagged with a moving violation, such as speeding, will result in higher rates.

But the increase can vary widely, depending on where you live. A report by insuranceQuotes.com found drivers ticketed on a DUI charge will pay a national average of 92% more for car insurance. North Carolina residents will be hit much harder, with an increase of 337%, while drivers in Maryland will only see their rates go up 15%.

Hawaii is another tough state. Drivers there who are charged with reckless driving will see insurance rates rise 287%, significantly higher than the national average of 83%. At the other end of the scale, a reckless driving charge in Arkansas results in only a 24% increase in insurance costs.

The report shows more minor infractions also vary in the penalty dished out at policy renewal time. Driving without a license in Maryland raises rates by 95% but the same infraction has no consequence in Rhode Island.

North Carolina was not only the most punitive on drivers with a DUI, it also topped the list for highest rate increase for over half of the violations the study researched. Meanwhile, New York tends to have the lowest percentage increase in rates after a moving violation.

Averaged nationally, insurance rates jumped highest for DUI, reckless driving and speeding. The least consequential violations are not wearing a seatbelt, driving without a license and violating railroad rules.

"Most consumers are unaware of how much insurance rates go up even for a minor traffic violation, such as speeding a few miles per hour over the posted limit," said Laura Adams, senior analyst at insuranceQuotes.com. "In many states, drivers can keep small speeding tickets and other minor infractions off their records by going to traffic school or taking a defensive driving course, up to a limited number of times."

But why the sharp disparity among states in how a violation is treated? Consumer advocates say it has a lot to do with how individual states regulate the insurance industry.

For example, in some states insurers can use a wide variety of rating factors that aren't connected to how someone drives. Other states are much stricter about the reasons an insurance company can cite to raise auto insurance rates.

In California, a driver's safety record must be the primary factor in determining what he or she will pay for insurance. Unlike some other states, insurers can't use credit scores to set rates for California residents.

As a result, any violations that show up on your driving record -- like a DUI or reckless driving violation – will result in a sharper premium hike than in less tightly regulated states.