How reducing drug and alcohol use can improve your GPA 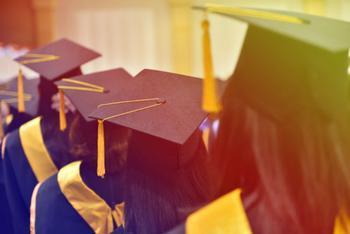 Making the transition from high school to college can be tough for young students. The increased academic rigor, combined with what is often a completely new social setting, can negatively affect performance on assignments and tests.

However, while anxiety over going to a new school may subside with time, researchers say there are some factors that can damage students’ work over the long term. In a recent study, a team of researchers found that consuming high levels of drugs and alcohol correlated with worse student GPAs and high dropout rates.

"Doing a lot of both drugs had a significant impact, in terms of lower grades in our study, and in other studies, with number of leaves of absences and those who dropped out of school," said senior author Godfrey Pearlson.

The study used data that tracked 1,142 students over the course of two years – from the beginning of their freshman year to the end of their sophomore year. Analyzing participants’ self-reported levels of alcohol and drug use, the researchers found that medium-to-high users of both substances immediately had lower predicted GPA scores by the end of their first semester.

Interestingly, the researchers found that varying substance use tended to correlate to different GPA scores throughout the two-year period. For example, students who began consuming medium-to-high levels of both substances had significantly lower predicted GPA, but if they cut back on their use then scores tended to turn around.

“Our follow-up analysis [indicates] that when students curtailed their substance use over time they had significantly higher academic GPA compared to those who remained stable in their substance use patterns over the two year period,” the researchers said.

The researchers stop short of saying that drug and alcohol use hinder academic scores, but they state that their work does build upon past research on the subject. “Overall, our study validates and extends the current literature by providing important implications of concurrent alcohol and marijuana use on academic achievement in college,” they conclude.

And, just maybe, it’s something that students and educators should keep in mind too. The full study has been published in PLOS ONE.