How public libraries fit into the digital age 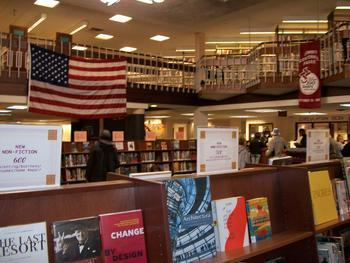 The good old public library. Boy, how it used to be a major stop in our weekly runs.

Whether it was to pick up or drop off books, research something we were looking for, or just as a quiet place to read or study, the library rivaled places like the bank and the supermarket when it came to frequent visits.

All of that has changed now.

People are using their Kindle to access books and there's always the Internet if you want to research something. And when it comes to reading and studying, it seems people are going to places like Starbucks and Panera instead of the library for some reason -- even though these places are anything but quiet. And anything but free.

So just like a lot of places we used to frequent a lot, before we were sucked into the digital age, the library has become an afterthought to many, which is nothing like it was back in the day. I mean, remember when visiting your local branch at least twice a week was a normal thing to do?

Hoopla to the rescue 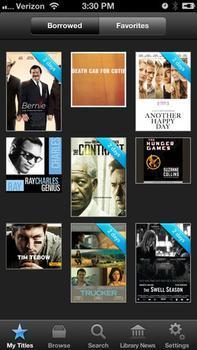 Certainly it's not like that anymore, but local libraries are taking a defensive swing at the digital age to stay relevant and to hopefully climb back towards the consciousness of consumers. And they're using an app called Hoopla to do it.

Hoopla allows you to use your library card to access online movies, audio-books, television shows and music, and the creators say you'll be able to access thousands of titles right on the spot.

And probably the best part of using the app is, there's no going back and forth to the library to pick up or drop off selections. You'll be able to use Hoopla to temporarily download or stream content immediately and access it through your smartphone, tablet or computer.

Your local library will have to set up an account with Hoopla if it hasn't done so already, and if a staff person isn't aware of the app, you could direct him or her to the website.

And what has the feedback on Hoopla been so far?

Apparently, people like how easy it is to use and how fast it seems to works.

"Instantly borrowing and streaming content free from a library is great but this being the easiest app I've ever used makes it greater," one user wrote. "Never any waiting for content."

"Love this app," one user wrote. "Really good music content. Macklemore, Rihanna, Muse, Madonna, Prince and so many others."

However, one user said he had trouble getting the app to work on his device, and when he called his local library, he wasn't given any help.

Which means it's probably best to contact Hoopla if you're having any trouble instead of contacting the library directly. You would of course contact the library if your card is being rejected by the app or if Hoopla doesn't have any record of your library signing up with it.

"I can log in via the web, but can't get the app to work on my iPhone or iPad," wrote the user. "Library no help. No settings to check in app. Resetting password doesn't help. Useless if you can't get past the bad URL error."

But Hoopla isn't the only app that's connected to public libraries. Many branches throughout the U.S. have added a digital component. Some branches are using an app called 3M Cloud Library, which allows you to access fiction and non-fiction eBooks through your library card.

3M is another app that your local library will have to sign up for, and once it does, you'll be able to borrow thousands of titles instantly.

There are some who say the app takes a little while to load, but they put up with it because it's the only app their local library uses, which means it might be a good idea to speak to your local branch to see what types of apps and digital services it's using.

But each branch might be using more than one, as more and more public libraries will be going the digital route to keep up with everything else that has gone digital.