How kids feel about their parents' use of technology

Oversharing and excessive use were among children's top qualms 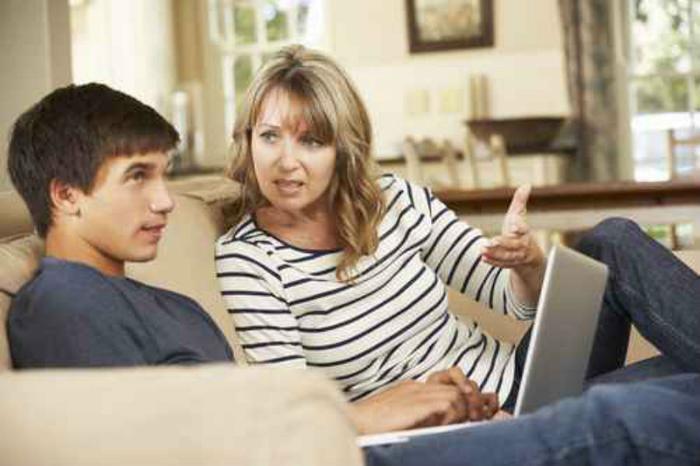 Once upon a time, moms could only embarrass their children in person. But these days, a kid doesn’t have to be at a family gathering or social event in order for their parents to embarrass them. It’s all online, preserved for all eternity.

Parents have taken to social media to share thoughts, recipes, and photos -- lots of photos -- of their brag-worthy children. But according to a new study, kids often feel their parents overshare photos of them.

The study, conducted by researchers at the University of Washington and University of Michigan, asked 249 families with children between the ages of 10 and 17 questions about their home’s most important technology rules and expectations.

The researchers discovered that many children wished their parents wouldn’t share quite so much about them on their social networks.

"Twice as many children as parents expressed concerns about family members oversharing personal information about them on Facebook and other social media without permission," said co-author Sarita Schoenebeck, assistant professor in the University of Michigan's School of Information, adding that many children felt embarassed and frustrated when their parents continued to do it.

And oversharing comes with concerns other than the embarrassment of one's offspring. In this digital age, protecting a kid's digital footprint is more important than ever. Parents looking to share photos of their children without the risk of Facebook data mining may find an ally in apps like Notabli. Notabli allows users to share photos and videos of their children privately, with only their inner circle.

The study also found that children often wished technology would encroach a little less on their quality time with parents. Parents and children alike struggled with the idea of setting boundaries for internet and device use.

Kids wished their parents would:

The across-the-board sentiment that it can be challenging to sideline technology during certain situations points to missed opportunities for app and device designers, the researchers said.

There is currently a window of opportunity for technical fixes that could help a user better balance technology with real life. The researchers say this could include anything from a “family time” button that disables notifications for a period of time to news feeds that allow users to digest content in smaller segments.

"If app and device designers were more open to fostering healthy technology habits, they probably would make their current customers happier," said co-author Julie Kientz, UW associate professor of Human Centered Design and Engineering. "And they might bring in more families who've decided the rule is not to use it at all."