How high hospital profits may be hurting the field of medicine 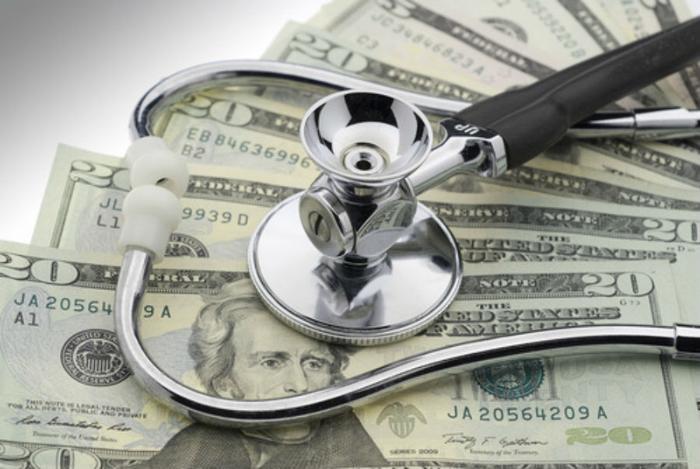 Lately, there’s been a lot of outrage aimed at the pharmaceutical industry over high drug prices. Consumers are coming around to the idea that they shouldn’t have to pay thousands of dollars for a life-saving treatment that has basically stayed the same for years.

However, many experts have pointed out that high hospital costs are also putting people in a tough spot. One of them, Dr. Robert M. Doroghazi, has gone as far as to say that high hospital profits are causing extensive damage to the field of medicine. In his commentary, he addresses the high profitability of both for-profit and non-profit hospitals.

"I believe the quest for profits between all hospitals, non-profit and for-profit, has been one of the main drivers causing our health care costs to be the highest in the world, far out-stripping inflation,” he said.

It’s something that many people might not even think twice about, but how exactly can a non-profit hospital be so profitable? Doroghazi says it’s a problem that started decades ago, and it has to do with how a non-profit institution is defined.

Back in 1956, the IRS recognized the tax-exempt status of hospitals, with the essential condition that they provide a certain level of charity care. However, when Medicare and Medicaid were passed in 1965, write-offs for charity care were drastically reduced. This led to a revision by the IRS in 1969 that gave hospital administrators wide parameters for applying for tax-exempt status.

Hospitals everywhere began substituting programs for charity care and used the less well-defined requirements to rake in large profits. Doroghazi notes that non-profit tax exemption accounted for $12.6 billion in 2002. In 2006, the IRS attempted to rein in abuses by making additional provisions, but they were unsuccessful in the long-run. By 2011, non-profit tax exemption had inflated to $24.6 billion.

Doroghazi says that hospital executives have also used their hospitals’ tax-exempt status for their own personal benefit, raking in millions of dollars annually. “I do not believe the average chief executive officer. . . is more valuable to society than 100 registered nurses. . . Possible adjectives to describe these salaries at ‘nonprofit’ institutions include ‘generous,’ ‘rock-star,’ ‘outrageous,’ or even ‘obscene,’” he said.

Changes made in recent years by the IRS have attempted to require hospitals to write a financial-assistance policy on all emergency and medically necessary care for their communities every three years, but Doroghazi says these “cosmetic changes” most likely will not have the desired effect.

Like non-profit hospitals, Doroghazi charges that for-profit institutions became problematic many years ago, after the passage of Medicare and Medicaid decreased the need for charity care.

He points out that there are only so many ways that hospitals can generate enough revenue to pay off their investors. While providing better and more efficient care is one of them, he says the route that these institutions have elected to go with is to charge more for services.

A study conducted in 2015 showed that 49 of the 50 highest-charging hospitals in the U.S. were for-profit. These institutions are often accused more often of “cherry picking” their patients – turning those who can’t pay for services away while grabbing up those who will help them turn a profit. This is especially true, Doroghazi says, of those who need high-end procedures that have a high cost.

Doroghazi makes a few recommendations on how high hospital profits can be curbed to benefit the public. First, he says that Congress should intervene and provide more concrete definitions for what constitutes a non-profit. Specifically, he says that these institutions should actually make no profit, having enough money to maintain quality operations, prudent reserves, and fund future capital needs.

Next, he says that the salaries of administrators at non-profits should match those of other non-profit organizations, such as the Boy Scouts of America or the Salvation Army.

Finally, he talks about how institutions should strive to provide the best care they can for patients and not inflate their own personal holdings by driving up costs.

“There are two kinds of competition. Henry Ford was relentless in building cars that were of higher quality and less expensive. This is America at its best: all society benefitted. I believe current hospital competition has done nothing but drive up costs: new hospitals are often described by locals as a Taj Mahal, with spacious, well-appointed rooms, art work on the walls, and lobbies larger than indoor football fields. Hospitals add high-end, expensive technology that benefits few, and then unleash their Madison Avenue-size advertising budget to tell everyone they are the fourth in the area with a helicopter," he said.

The full commentary has been published in The American Journal of Medicine.