How foods with prebiotics may help promote better sleep 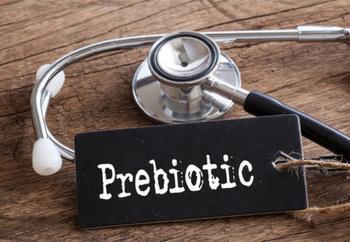 Many consumers may know about the positive health effects of probiotics. Past research has shown that these beneficial microorganisms promote better digestive health. They can be found in many common foods like yogurt, pickles, and dark chocolate.

However, there are other foods and microbes that are good for our bodies too. Prebiotics, for example, are the microorganisms that probiotics feed on. They can be found in foods like asparagus, oatmeal, and legumes, and a recent study found that they can help our bodies deal with stress and sleep more soundly.

“Acute stress can disrupt the gut microbiome, and we wanted to test if a diet rich in prebiotics would increase beneficial bacteria as well as protect gut microbes from stress-induced disruptions. . . We also wanted to look at the effects of prebiotics on the recovery of normal sleep patterns, since they tend to be disrupted after stressful events,” said researcher Dr. Agnieszka Mika.

To test the function of prebiotics, researchers from the University of Colorado took two groups of rats and fed them on two different diets: one that was rich in prebiotics and one that was more standard.

After feeding the two groups on their respective diets for several weeks, the researchers introduced each subject to a stressful event and observed how their bodies reacted to it. They found that the rats who ate prebiotics did not have a stress-induced disruption to the microbiota in their stomachs and recovered healthier sleeping patterns more quickly when compared to the control rats.

The researchers say their next step will be to test to see if prebiotics can help humans in the same way as the mice models. However, until then, they say that introducing prebiotics into our diets may be an accessible, natural, and healthy way to promote better sleep and reduce complications associated with stress.

“So far no adverse effects from prebiotics have been reported, and they are found widely in many plants, even present in breast milk, and are already commercially available,” stated Mika.

The full study has been published in Frontiers in Behavioral Neuroscience.