Because learning from someone else's mistake is just too easy 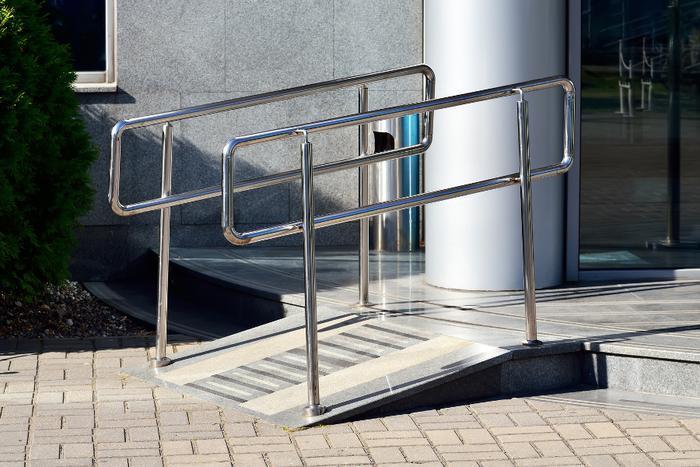 Last month, a homeowners' association in Franklin, Tennessee paid $156,000 to settle (with no admission of wrongdoing) a lawsuit brought by former residents who said that the HOA discriminated against them and violated the Fair Housing Act, when it refused to let them build a therapeutic sunroom where their two children with Down syndrome could play and receive in-home physical therapy.

And this week, another HOA in nearby Brentwood is threatening to sue a couple unless they remove a wheelchair ramp necessary for the husband to enter his own home.

WSMV reports that, after Michael Broadnax suffered a stroke last summer, his wife Charlotte put a small ramp in front of their house so her husband could have his rehabilitation therapy at home. But their HOA, the Woodlands of Copperstone, sent them a letter dated June 1 and demanding the ramp be removed within 14 days.

“The association demands that within 14 days of the date of this letter, you remove the wheelchair ramp and restore the exterior of your home,” the letter said, or else “the association [will] come onto your property and remove the ramp and charge you with the work.” Furthermore, “If you force the association to sue you, it will seek a court order” and then charge the Broadnaxes for attorney's fees.

Charlotte Broadnax says that she installed the ramp around Thanksgiving. “The nursing home said they were sending my husband home and I needed a ramp put up.” So she hired a legal contractor to install the ramp, whch passed the nursing home's inspection, and she also says that neither her neighbors nor anybody else ever complained to her about the ramp — until she received the certified letter threatening legal action if she didn't remove it within two weeks.

Ghertner and Company, which manages the HOA, said in a press statement that:

The governing documents for this community require that all exterior improvements receive prior approval. A letter was sent to the owner regarding the ramp as no application for approval had been received.

The board did not know the ramp was for the homeowner, Mr. Broadnax. The association would like to work with the owners on a compromise regarding the appearance and location of the ramp and compliance with any applicable codes.

The Federal Fair Housing Act bans “discrimination in sale or rental of housing,” including discriminatory HOA policies, and says that “discrimination includes a refusal to permit, at the expense of the handicapped person, reasonable modifications of existing premises occupied or to be occupied by such person if such modifications may be necessary to afford such person full enjoyment of the premises.” (And last March, an HOA in North Carolina had to pay $20,000 to settle allegations that it discriminated against a disabled resident by trying to get rid of said resident's wheelchair ramp.)

It is arguably impossible to experience “full enjoyment” of any premises if you cannot enter them because you are confined to a wheelchair and your HOA wants your wife to tear down your wheelchair ramp. Then again, the management company did say they didn't know the ramp was for the homeowner's use. Maybe they'll change their minds now that they know the ramp is intended for medicinal rather than recreational purposes.