May you put a wheelchair ramp on your own home? The HOA said no; the law thought otherwise 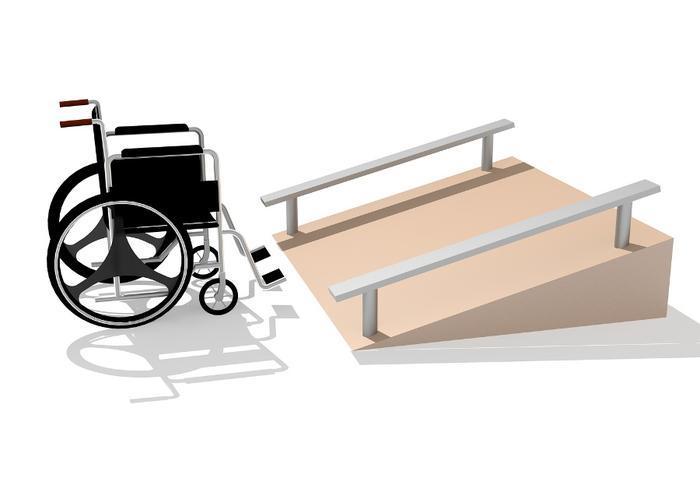 Last week, a homeowners' association in Raleigh, North Carolina agreed to pay $20,000 to settle allegations that it discriminated against a disabled resident over the resident's wheelchair ramp.

In other news, residents of a certain neighborhood in Raleigh should budget for an increase in their HOA fees, to cover the costs their HOA board incurred in its unsuccessful attempt to get rid of their neighbor's wheelchair ramp.

WRAL.com reports that the Carriages at Allyn's Landing Owners Association as well as property managers VPJ Enterprises agreed to pay $5,000 to a charity that builds homes for wounded or disabled military veterans, and $15,000 to Legal Aid of North Carolina, which had provided legal representation to Cindy and Ian Block, who own a home in Carriages at Allyn's Landing.

A copy of the lawsuit which the Blocks and North Carolina Human Relations Commission filed against the HOA in 2014 is available in .pdf form here.

It says that in 2009, the Blocks bought a townhouse in the Carriages at Allyn's Landing neighborhood and later installed a wheelchair ramp to accommodate Cindy Block's wheelchair-bound mother; at the time, the HOA supposedly said the Blocks could have the ramp provided they paint it to match the townhouse's siding, and that the Blocks remove the ramp “if, and when, it is no longer needed.”

Block's mother died in September 2010, and the following January the HOA board sent the Blocks a letter ordering them to remove the ramp. But Cindy Block, who is legally blind, got a note from her optometrist requesting that she be allowed to keep it.

(Incidentally, “requiring you to seek written permission before being allowed to install a wheelchair ramp on your own home” is but one of the many presumed benefits HOA members get in exchange for their fees.)

According to the lawsuit, the HOA continued to place conditions on the ramp's presence, including a requirement that the Blocks remove it before they ever try selling their house.

In 2012, the North Carolina Human Relations Commission determined that the HOA's behavior toward the Blocks violated state and federal housing laws, and the couple filed suit shortly thereafter.