Preventing home invasion might lower a home’s value, according to HOA board 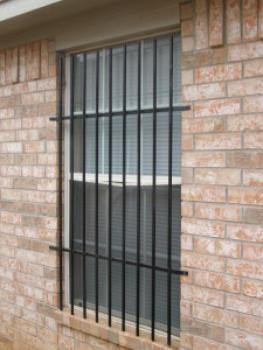 Houston-area home burglars looking for an easy score will be happy to learn that the homeowners’ association at the Alief subdivision in Cedar Springs has forbidden the use of burglar bars on the grounds that said bars might lower a home’s property value (in addition to whatever damage actually being burglarized does to the value of a home).

Homeowner Tony Vo put bars on the insides of his windows and doors two years ago, after his niece came to his house to discover a burglary in progress.  Since then, about a dozen homeowners in the area have added their own security bars, and that was the status quo until last week, when the HOA decided that the burglar bars have to go.

Resident Balaji Ramarao told KHOU news that “I don't understand why we got this letter initially this time …. The bars are inside and it doesn't have any effect if you look from outside.”

KHOU paraphrased a letter from the HOA board, alleging that the ban on burglar bars is “to preserve a desired standard and promote increased home values, and the bars have to go within ten days or homeowners must request a hearing with the board regarding the matter.” Vo responded that his bars aren’t bothering anyone except for burglars and the HOA board, and said he wasn’t going to take them down.

We’re going to go out on a limb here and guess that the people who put burglar bars on their ground-floor entrances also sought to “preserve a desired standard” – specifically, the standard where the stuff in their house stays there in lieu of being stolen by a thief.

Granted, we do not understand how, in a neighborhood where home burglaries have already occurred, the way to increase property values is to ban anything which might decrease future burglaries — but then, our inability to appreciate such wisdom doubtless explains why we never tried getting a job as a burglar or an HOA board member.