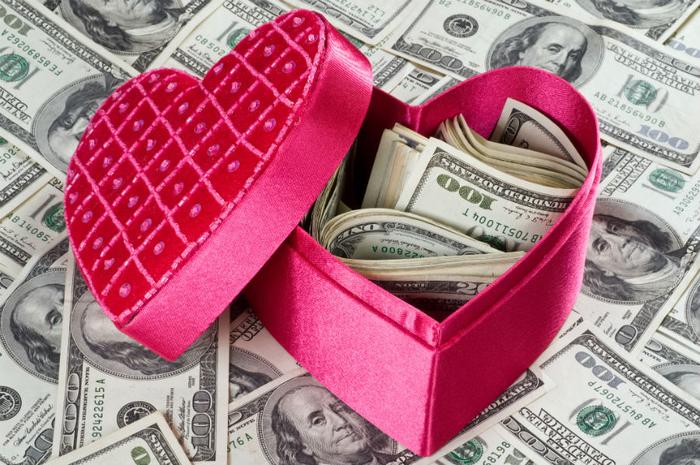 Consumers in the U.S. are projected to spend a near-record amount on gifts this Valentine’s Day, according to a survey conducted by the National Retail Federation (NRF).

This year, the total estimating spending haul will hit $19.6 billion, with jewelry purchases accounting for a majority of that figure (an estimated $4.7 billion).

Spending on food and entertainment options are projected at $3.7 billion, followed by flowers ($2 billion), clothing ($1.9 billion), and candy ($1.8 billion).

Millennials will spend most

More than half of U.S. consumers (55 percent) plan to celebrate Valentine’s Day in some way this year, according to the survey of 7,277.

“Americans are looking forward to pampering and indulging their loved ones with flowers, candy, dinner and all of the other Valentine’s Day stops,” NRF President and CEO Matthew Shay said in a statement. “With the holidays behind them and the winter months dragging along, consumers are looking for something to celebrate this time of year.”

The average person will spend $88.98 on gifts and treats for their significant other, $25.29 on other family members like parents or children, and $4.79 on coworkers.

Millennials aged 25-34 are projected to spend more than any other age bracket, dropping an average of $202.76. Millennials are also most likely (41 percent) to give a “gift of experience,” such as tickets to a concert or sporting event compared to 24 percent in other age groups.

Some consumers look to splurge on themselves

The NRF estimates that about three in 10 adults (27 percent) don't plan to celebrate Valentine’s Day but still plan on doing some shopping, either on a special gift for themselves or on anti-Valentine’s Day gifts.

“Valentine’s Day has become a holiday consumers take advantage of not only to spoil their loved ones but themselves,” Prosper Executive Vice President of Strategy Phil Rist said.

“Shoppers should look out for deals on everything from candy to date-night dinner packages in the coming days, leaving plenty of options for those looking to make the occasion truly special.”