Here are the professions that pay the best 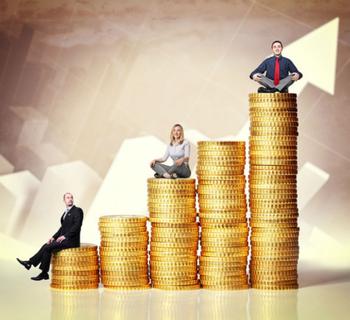 Seven of the 10 highest-paying jobs in 2017 are in health care, and all require a substantial investment in education, according to a new study by CareerCast.

Topping the list is general surgeon, a position earning a median $409,665 in salary. Second is orthodontist, pulling down an average of $208,000. Both psychiatrists and general practice physicians earn annual median incomes of just under $200,000.

For example, an engineering degree carries a median base salary of $50,000 with an expected growth rate of four to five percent.

It takes money to make money

Kyle Kensing, CareerCast's online content editor, says there is a lot of money pouring into the healthcare field, but that's not the only reason these jobs pay well.

"These are highly skilled positions that require a great monetary investment to get started, so the wages reflect the high level of skill required, as well as the challenges of getting into the fields," Kensing told ConsumerAffairs.

Here is the top 10 list, as compiled by CareerCast:

CareerCast projects salaries for all 10 jobs are expected to grow by three to 17 percent, suggesting they will remain the most lucrative in 2018. However, Kensing says other professions are also growing rapidly.

"Increased demand for preventative healthcare could fuel new jobs in that sector," he said. "Fast-growing tech fields, like information security analyst, are also worth following."

Kensing says people holding these jobs are highly compensated for a number of reasons. First, the jobs require very specialized and very high levels of skill.

"A common theme among the healthcare positions is the extensive schooling required, so high pay is necessary to offset this," Kensing said.

Most health care professions require many years of school beyond a four-year bachelor's degree. The Association of American Medical Colleges prices a year of tuition in a doctoral program at an average of $36,000.

By the time a doctor is ready to start a practice, for example, he or she has about $150,000 in medical school debt.

The only profession in the top 10 that does not require a college degree is air traffic controller. But Kensing says Federal Aviation Administration (FAA) Air Traffic Collegiate Training Initiative programs are typically required for entry into Air Traffic Controller positions.