Measure would roll back expansion of Medicaid 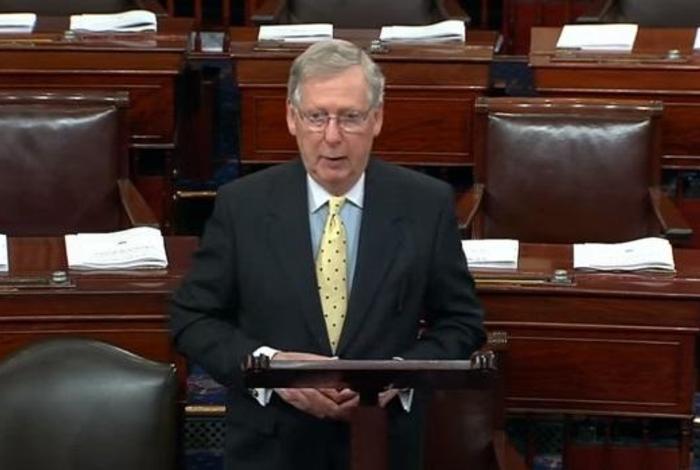 Senate Republicans have taken the wraps off their version of the replacement of the Affordable Care Act, saying it preserves some of the important elements of the original legislation but is more sustainable.

The bill, hammered out behind closed doors, maintains some of the subsidies to pay for health insurance policies but rolls back Obamacare's expansion of Medicaid to low-income consumers. A number of organizations immediately lined up in opposition.

"Through dozens of meetings, open to each and every member of the Conference, we had the opportunity to offer and consider many ideas for confronting the Obamacare status quo," McConnell said in a statement on his website. "We debated many policy proposals. We considered many different viewpoints."

This new Senate bill was crafted in secrecy behind closed doors without a single hearing or open debate—and it shows,”LeaMond said. “The Senate bill would hit millions of Americans with higher costs and result in less coverage for them. AARP is adamantly opposed to the Age Tax, which would allow insurance companies to charge older Americans five times more for coverage than everyone else while reducing tax credits that help make insurance more affordable.”

“The bill would devastate the Medicaid program, our nation’s health care safety net on which 69 million low-income Americans and people with disabilities — including 37 million children — rely,” Benjamin said. “The measure would slash investments in core public health activities by eliminating the Prevention and Public Health Fund.”

J. David Cox Sr., President, American Federation of Government Employees, said the Senate bill is even harsher than the house bill that repeals the Affordable Care Act. He called the final result “shameful.”

The Catholic Health Association announced its strong opposition to the Senate legislation. Sister Carol Keehan said the Senate should be able to do better.

“We recommend a new bipartisan focus to make improvements in our health care system that will stabilize the insurance market, improve affordability and strengthen and expand health coverage. W,” Keehan said. “We ask Congress to ensure that the funds currently supporting health care programs remain in the system under any legislative proposal, instead of being diverted for tax cuts for the more fortunate.”

In the Senate, all Democrats have lined up against the measure and so far, four Republican Senators have announced their opposition. Should the four GOP lawmakers remain firm, the bill would be doomed to failure since the Republicans hold only a slim two vote majority in the chamber.