It's the latest episode in a sad turn of events for U.S. sports retailers 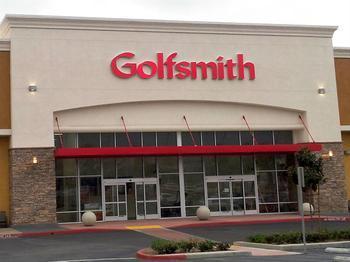 It hasn’t been a very good year for sports retailers in the U.S. Back in April, Sports Authority liquidated its stores nationwide after failing to come up with a suitable plan to reorganize under bankruptcy. Now it seems that Golfsmith, one of the few dedicated golf retailers, may also be closing many of its doors.

The retailer filed for Chapter 11 bankruptcy on Wednesday. Experts say that the shrinking popularity of the sport, along with location issues specific to Golfsmith and its inability to find a buyer, led to the move.

“It’s the same story line as before – the game is still shrinking. Plus, stores are too big and they are too close to each other,” said Bloomberg analyst Chen Grazutis.

The financial problems that Golfsmith faces can be traced primarily to the diminishing popularity of golf with consumers. Since 2003, the number of golfers has dropped from 30.6 million to 24.1 million, according to the National Golf Foundation. The sport has fallen out of favor especially with young people, with statistics showing a 30% drop in participation over the past 20 years.

This has led to liquidity problems for retailers like Golfsmith, who relied on getting low prices from suppliers in order to beat out its competitors. When people stopped buying as much merchandise, these favorable deals began to disappear, which put even more pressure on the company. Inevitably, it had a large influence on its decision to file for bankruptcy, said Chief Restructuring Officer Brian Cejka.

Filing for Chapter 11 bankruptcy isn’t a surefire indicator that a company will go out of business, though. Golfsmith will now have the opportunity to try to reorganize in order to stay afloat and pay its creditors over time. However, its inability to find a buyer may indicate that it will have to close many stores in order to make it out of the woods.

The company currently operates 109 stores in the U.S. and 55 in Canada, but closing too many may hurt other businesses that supply it with inventory. Nike Inc., Adidas AG, and Under Armour Inc. all do a good amount of business with Golfsmith and would suffer from its closings.

However, one company that may benefit from Golfsmith’s struggles is Dick’s Sporting Goods. If the former were to close many of its stores, that would open the door for the latter to snatch up many displaced customers. Dick’s may also consider buying some of Golfsmith’s closed locations, much like it did with Sports Authority.

Experts point out that while Dick’s may win out in the long-run, it may suffer in the immediate wake of store closings. In order to clear out inventory, Golfsmith will likely be offering huge discounts at many of its closing locations that should attract customers.