Arizona driver blamed his rear-end collision on the faulty switch 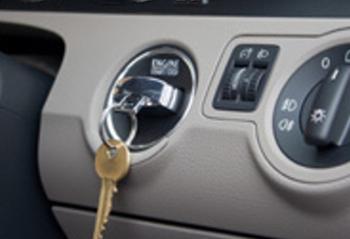 General Motors won another ignition-switch case this week, as a federal jury in New York rejected claims that the defective switch was responsible for a fender-bender in Arizona.

Dennis Ward had claimed that the faulty switch was responsible for an accident in which his used 2009 Chevrolet HHR rear-ended another car in Tucson in March 2014. Ward said the switch caused his car's engine to cut off, disabling its brakes and steering.

GM has won all seven cases that have gone to trial so far, although it has settled several cases out of court and those settlements have been sealed, meaning they are secret.

GM faces hundreds of lawsuits that were filed after it recalled 2.5 million Chevrolet Cobalts, Pontiacs, Saturns, and other small sedans. In 2015, it paid a $900 million settlement to avoid criminal charges for knowingly putting defective parts in its cars.

The Center for Auto Safety says there have been more than 300 deaths caused by the switches, but GM says only 15 fatalities are potentially linked to the defect.