GM is reportedly reviving the Hummer as a pickup truck

But this reborn Hummer won’t be a gas-guzzler 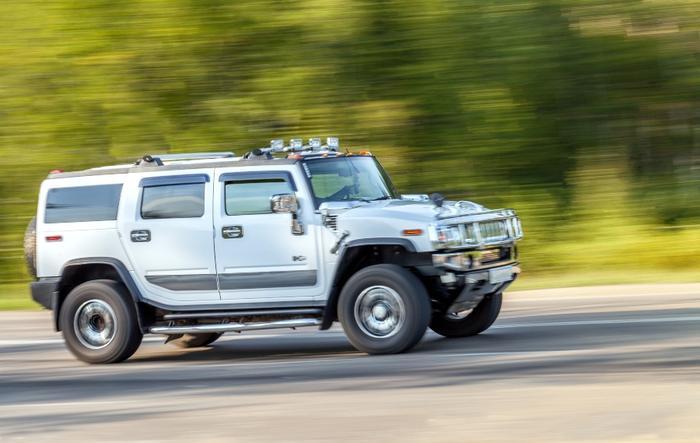 General Motors (GM) is said to be bringing back the Hummer, but in name only. The Wall Street Journal reports that GM’s reborn Hummer will be an all-electric pickup truck.

The original Hummer was a consumer adaptation of a rugged military vehicle called the humvee, a vehicle that received wide exposure during the 1991 Gulf War. GM bought the brand in 1998 and began turning out the gas-guzzling behemoths at a time of plunging gas prices and a booming dot-com economy.

But the vehicles weighed more than 6,000 pounds and rarely got better than 10 miles per gallon. They were largely viewed as wasteful at a time when it was believed the world was running out of oil. Sales peaked in 2006, and the surge in gas prices in 2008 delivered the death knell.

The Journal reports that the redesigned Hummer could go on sale in early 2022 and will be a model under the GMC brand. It would be among the first of the full-size electric trucks and SUVs expected to hit the market in the next few years.

The recent GM contract with the United Auto Workers union may have served as a midwife to the Hummer’s rebirth. The contract specified a major GM investment in U.S. auto facilities to provide union jobs.

GM has agreed to spend $3 billion on its Hamtramck, Mich., factory where the truck would reportedly be produced. It’s also partnering with LG Chem to build a plant in Ohio to build battery cells.

The irony of using the name of a notorious gas-guzzler for an electric vehicle probably won’t be lost on the few consumers who can afford such a vehicle. GM reportedly expects to produce a small number of these new Hummers for off-road enthusiasts and environmentalists who may view them as a new kind of status symbol -- not of excessive consumption but of alternative energy.

The problem consumers may encounter is fewer choices if they don’t want -- or can’t afford -- an electric vehicle. While the cost of operating an electric vehicle is significantly less than one powered by gasoline, the purchase price is an average of about $20,000 more.