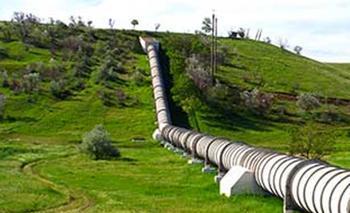 Hurricane Harvey's impact on gasoline supplies and prices is beginning to be felt well outside the Texas Gulf Coast storm zone.

Gasoline prices at the pump are surging after Colonial Pipeline, which supplies fuel to wide areas of the eastern U.S., has shut down -- not because of storm damage but because the refineries that supply it are not producing fuel.

"Once Colonial is able to ensure that its facilities are safe to operate and refiners in Lake Charles and points east have the ability to move product to Colonial, our system will resume operations," the company said in a statement.

Colonial said there are 26 refineries that supply its pipeline system and half are located between Houston and Lake Charles, La., the main area impacted by the storm.

We've seen this before

Nearly a year ago Colonial suffered a break in its Line 1 in Georgia, interrupting fuel supplies to the East Coast. It resulted not only in surging prices, but in lines at gas stations in Tennessee, where some stations' tanks ran dry. It took several weeks for prices to return to normal.

Overnight, retail gasoline prices surged in wide areas east of the Mississippi River. The AAA Fuel Gauge Survey shows the national average price of regular gasoline has jumped to nearly $2.45 a gallon, rising more than four cents in 24 hours. The average price of premium gasoline is now $2.93 a gallon, up nearly three cents over the same period. Diesel fuel rose less than two cents, to $2.56 a gallon.

The average price of regular in Texas today is $2.25, up four cents from yesterday and 11 cents higher than before Harvey hit.

It's even higher, however, in South Carolina -- hundreds of miles from the storm zone -- and normally where consumers can buy the cheapest fuel in the nation. The statewide average in South Carolina today is $2.26 a gallon, a nearly eight cent surge in the last 24 hours and 20 cents higher than a week ago.

Missouri, another state with historically cheap gas, saw prices at the pump leap 10 cents a gallon overnight. The problem motorists in these states are encountering is getting their normal supplies of gasoline from Gulf Coast refineries to gas stations throughout the state.

"Many many gasoline racks in the Gulf, Southeast & Mid-Atlantic are inverted, a sign of major stress and supply that's quickly declining," Patrick DeHaan, senior analyst at Gasbuddy, said in a Thursday morning Tweet.

According to Reuters, the situation for consumers is likely to get worse before it gets better. The news agency reports two East Coast refineries have run out of fuel as they try to make up for shortages in the region. It quotes as "East Coast market source" as saying the situation is the worst in memory.