Samsung, LG, and Hyundai have all made preemptive moves 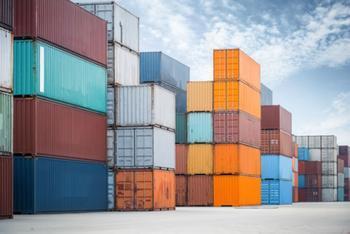 The Trump administration has been busy in its early days, and companies are quickly trying to adapt to potential new policies and regulations. One primary point that has garnered much attention is the President’s stance on taxing imports, which could cost foreign companies a pretty penny if they want to continue to sell to U.S. consumers.

One business that might try to avoid the tax is South Korean giant Samsung. Reuters quotes a source familiar with the situation as saying that the company is considering the development of a U.S.-based plant for manufacturing home appliances.

“We continue to evaluate new investment needs in the U.S. that can help us best serve our customers,” the company said in a statement.

While Samsung has not confirmed its plans for developing a U.S. plant, it states that it has already made significant investments in the states, pointing out that it has spent $17 billion on a chip plant stationed in Austin, Texas.

Samsung isn’t the only company considering such moves, though. Other South Korean companies, such as Hyundai Motor Group and LG Electronics, have taken preemptive steps towards developing U.S.-based operations.

Hyundai released a statement last month saying that it plans to grow U.S. investments over the next five years by $3.1 billion, an increase of 50%. LG Electronics announced earlier this month that it will be considering whether or not to develop a manufacturing base in Tennessee.

“This is something that has been under consideration for years at LG, but the current political situation is simply accelerating that timeline for a decision,” a person familiar with the situation stated.

While the moves would help these companies avoid import taxes under future policies, financial analyst Jay Yoo at Korea Investment says that doing so shouldn’t be too much of a financial burden on any of the named companies.

“Of course costs would rise, but if they don’t do that they would get hit with tariffs,” he said.