Serious mortgage delinquencies were down sharply 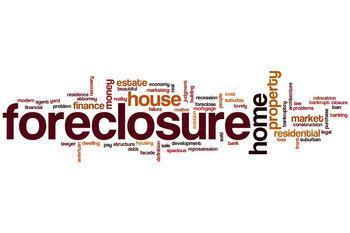 Home foreclosures were down again in February as the nation continues to climb out of the housing hole of the last decade.

Property information provider CoreLogic reports that the February foreclosure inventory plunged 23.9%. Completed foreclosures were down 10% percent from the same time a year earlier.

“Job creation averaged 207,000 during the first two months of 2016, and incomes grew over the past year,” said Dr. Frank Nothaft, chief economist for CoreLogic. “More income and improved household finances have helped bring serious delinquency rates down in nearly every state. However, serious delinquency rates increased in North Dakota and West Virginia, two states affected by price declines for the energy fuel each produces.”

The number of mortgages in serious delinquency -- 90 days or more past due including loans in foreclosure or real estate owned -- dropped 19.9% from February 2015, with 1.3 million mortgages, or 3.2%, in this category. The February serious delinquency rate is the lowest since November 2007.

“Home price gains have clearly been a driving force in building positive equity for homeowners,” said Anand Nallathambi, president and CEO of CoreLogic. “Longer term, we anticipate a better balance of supply with demand in many markets which will help sustain healthy and affordable home values into the future.”