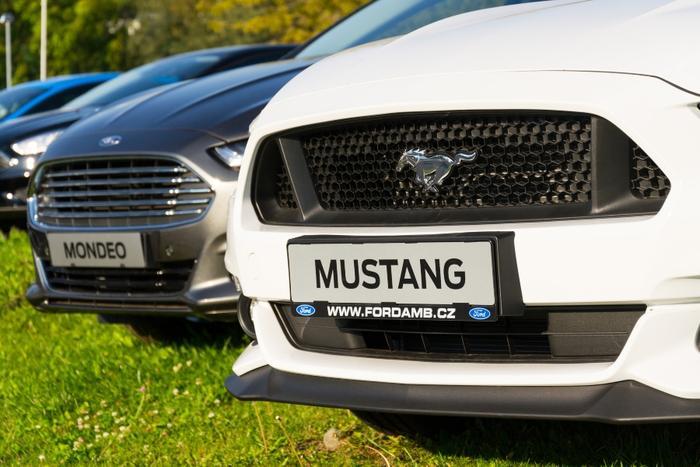 Will Ford’s new Mustang be the next to take on category-leading Tesla in the e-car derby? It certainly looks like it.

On Monday, Ford Motor Company announced that it’s rolling out an all-electric Mustang Mach-E SUV as the brand family’s latest edition -- the first time the automaker has expanded its Mustang lineup in 55 years.

Ford, Audi, Volkswagen, Honda, Chevrolet, and more than 40 others automakers are already in the e-car niche, but electric cars have a long way to go before reaching the same level of consumer acceptance fuel-powered vehicles have.

Nonetheless, there’s solid growth in the electric car field that no automaker can scoff at. By InsideEVs estimation, 2019’s rate-of-sale will more than double the number of electric vehicles sold in 2018.

Tesla is, by far, the lead dog in this race. Last year, its award-winning -- but oops-prone -- Model 3 sold approximately 140,000 units. That $5 billion of potential sales no doubt caught the eye of Ford’s bean counters.

What makes the e-Mustang different than the rest?

Ford’s banking on four key differentiators to move the new Mustang to the front of the pack:

“People want a car that’s thrilling to drive, that looks gorgeous and that can easily adapt to their lifestyle – and the Mustang Mach-E delivers all of this in unmatched style.”

Did someone say SUV?

If you’re thinking that this new Mustang is a sleek throwback to the model’s glory days as a fastback, it’s not. This is an SUV.

And that “SUV” reference point might be a buzzkill for Mustang enthusiasts. Ford’s doing its best jig to try and get around that killjoy by saying its new e-car entrant has some original Mustang-like features built in.

“Since there's no engine, electric vehicles don't need a long hood, but the Mustang Mach-E has one,” observed CNN’s Peter Valdes-Dapena. “That's a classic performance design cue, but it also helps maintain the Mustang family resemblance. It also has a black rooftop, no matter the paint color on the rest of the car, creating the illusion of a low sloping roofline. The taillights spread out horizontally to increase the perception of width and make the vehicle seem more planted and stable like a sports car.”

How to get your own

Ford’s new e-Mustang will be available to consumers come 2020, but interested consumers can plop down a $500 deposit and reserve their own, now.