From Graceland to civil rights attractions, the city has plenty to offer visitors 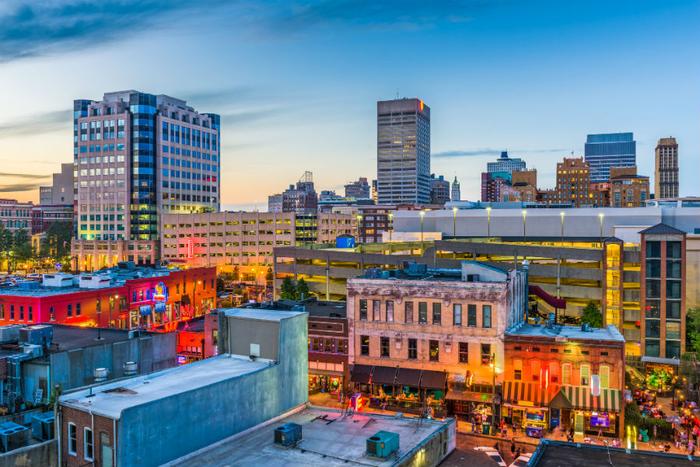 Memphis, Tennessee draws visitors from around the world for two things -- its Southern cuisine and rich music heritage.

On the banks of the Mississippi River, Memphis has a claim to being the birthplace of both the blues and rock and roll. In the early 20th century, Beale Street was lined with music clubs, restaurants, and shops, many owned by African Americans.

After falling into neglect in the mid 20th century, Beale Street has been revitalized, with new blues clubs and restaurants that now make up one of the city's major tourist attractions.

Another music landmark lies south of the city center in an area known as White Haven. Graceland is the sprawling manor home once owned by Elvis Presley, who many credit with launching rock and roll. The attraction is open to the public for daily tours, with ticket prices starting at $38.75 for adults.

Next month, for the first time ever, holiday concerts will be hosted on the Graceland campus. The December 15 and 16 events will feature filmed performances of Presley on the big screen, accompanied by a live orchestra, well-known gospel singers, and an all-star rock and roll band.

The tiny recording studio where Presley made his first recording is now a museum. Sun Records is open daily from 10:30 am to 5:30 pm, with tours at the bottom of every half-hour. Ticket prices start at $14 for adults.

Stax Records is another Memphis music shrine that draws thousands of visitors each year. The record label made R&B artists like Albert King, Booker T. and the MGs, and Carla Thomas famous.

The Stax recording studio is now a museum, with exhibits tracing the origin of its music from Southern gospel top soul hit-makers of the 1960s and '70s.

Memphis holds a prominent place in the civil right movement. In April 1968, Dr. Martin Luther King was assassinated when he came to the city to support striking garbage collectors.

King's motel room at the Lorraine Motel has been preserved just the way he left it, seconds before he was shot, and is now part of a complex of buildings making up the National Civil Rights Museum.

Another popular tourist spot is the Peabody Hotel, recently restored to its early 20th century grandeur. It was not only a favorite accommodation for out-of-town visitors, locals came to the hotel to watch a flock of ducks walk through the lobby and swim in the fountain.

Nearly 90 years after their first appearance at the Peabody, ducks still visit the lobby fountain at 11 am and 5 pm daily.

Memphis restaurants are known for a number of Southern delicacies, including barbecue ribs. Memphis style ribs are smoked "dry," meaning they aren't smothered in sauce but are cooked with only a dry rub to enhance flavor.

Experiential website Thrillist.com recently prepared a bucket list of things you need to eat in Memphis before you die. Topping its list is the BLFGT salad, which is a Memphis style BLT sandwich without the bread. Instead of regular red tomatoes, it comes with fried green tomatoes.

Memphis International Airport serves the region, with flights by major domestic airlines and a few discount carriers. It's an especially busy airport since Fed Ex's distribution center is based there.

Memphis is also a stopping point for Amtrak's north-south trains, including the famous "City of New Orleans."