A BMW spokesman says the driver should have shifted into neutral 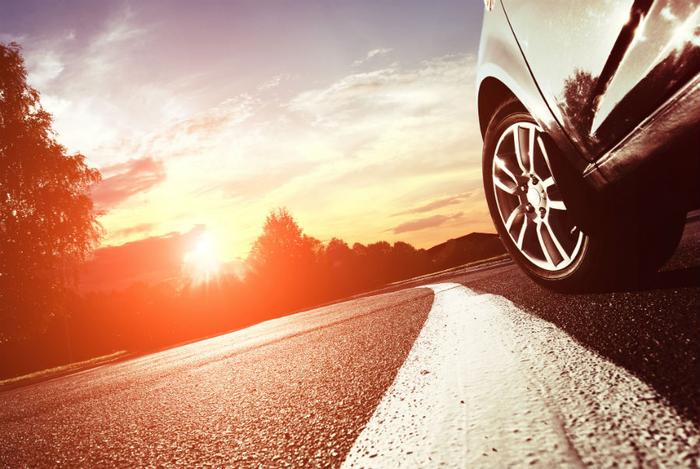 A Florida man called 911 on Monday  to report that his BMW was accelerating unprompted, forcing three police agencies to come to his aid on the highway. The police brought him to a safe stop by throwing spiked strips in the road to blow out the car’s tires.

Automakers almost always blame runaway cars on “pedal misapplication,” or drivers who confuse the gas for the brakes. They often point to a driver’s age as a potential factor in such scenarios.

But in this case, neither of those two theories hold up. The driver, Joseph Cooper, is reportedly only 28. His 911 call, made public by local news, does not give any indication that he had simply been slamming the gas thinking it was the brakes during his 45-mile journey.

In fact, Cooper indicates at one point in the call that he does not want to attempt to step on his brakes, much to the frustration of the 911 operator on the other line. He also says he is unwilling to change gears, a measure that experts who study the issue say may be the best bet at stopping runaway cars.

“I believe my gas pedal is stuck in my car, “ Cooper says in the 911 call he made from his 2003 BMW X5. The car reportedly reached speeds as high as 100 miles per hour as it barreled down the highway.

“Are you able to put your vehicle in neutral?” the operator asks.

The operator asks him if his gear shifter is stuck. She tells him to try pulling the shifter harder.

“Yeah, but ma'am, I’m in a BMW,” he responds, “and if I slam that over it's going to swat down a gear and I really don't want that to happen. It could spin me out.”

The driver also declined the operator’s advice to pull the emergency brake, saying that  “I'm not pulling them at 100 miles an hour, I’m sorry.”

“Sir, do your brakes work at all?” the operator asks at another point.

“Yeah, they do, but I’m not slamming on them,” he says. “My brakes are already bad.”

After state police brought his car to a stop, the driver was reportedly taken to the hospital with chest pains.

The BMW, like many other car makes and models, is occasionally hit with consumer complaints claiming a sudden unintended acceleration incident. It’s a phenomenon that some engineers say can really happen, and they charge that automakers do not look hard enough for potential flaws in the software systems that power most vehicles.

“Unlike other industries that use electronics to control safety-critical functions, the automobile industry does not employ peer-reviewed public functional safety standards or independent safety assessors to verify conformance to such standards,” the engineers Anthony Anderson, Keith Armstrong, and Brian Kirk wrote in an open letter to federal regulators in 2010, during the height of the Toyota sudden acceleration scandal.

“The auto industry is probably the only industry in the world allowed by Government Regulators (such as NHTSA in the USA) to behave in this way regarding risk to the Public,” they added.

Most automakers deny that cars can accelerate on their own, though there are some exceptions. In 2014,  Honda announced it was recalling 175,000 models of its Honda Fit in Japan because of a software issue that could cause unintended acceleration.

Toyota more famously paid over $1 billion in the United States to settle sudden unintended acceleration claims, but the automaker has insisted that the problem was rooted in floor mats and sticky pedals, not its electronics.

BMW, in a statement to ConsumerAffairs, claims that their cars are installed with software that ensures the brakes always overrides the gas, and further describes Cooper’s story as “implausible.” The automaker also promises to work with Florida State Police to investigate what exactly happened.

“This fail-safe software means that if the vehicle detects that both pedals are depressed, the on-board electronics will reduce engine power so that the driver may stop safely,” BMW says in a statement to ConsumerAffairs.

Engineers who say that unintended acceleration can really happen have advice for drivers in the rare event it does. They say that drivers can bring runaway cars to a stop by applying much more force to the brakes than they are used to, or by shifting gears, though the advice to best handle each scenario may vary by the car’s make and model.

It’s for that reason that engineers like Anthony Anderson have argued that car companies should at least acknowledge the problem, so that drivers can prepare and know the best course of action to take.

Though BMW denies that its cars can accelerate on their own, the automaker also suggests that shifting the car into neutral or shutting off the ignition would have been a safe option in the Florida case.

“The vehicle could also have been stopped by two additional means,” BMW says in its statement. “By placing the transmission in neutral and coasting to a stop and/or by shutting off the ignition without removing the key. This is accomplished by turning the key counterclockwise. The engine would have shut off and the driver could have safely coasted the vehicle to a stop.”