Study finds the widely-used chemicals may cause aggressive behavior, hyperactivity 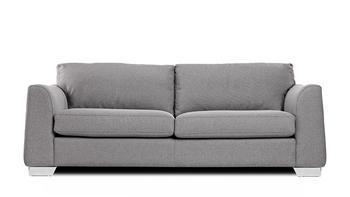 Despite efforts to reduce the effects of flame retardants used in furniture, electronics, and other devices, researchers continue to find health risks related to the chemicals. The latest study ties flame retardants to developmental problems in children.

Researchers from Oregon State University found a "significant relationship" between social behaviors among children and their exposure to widely used flame retardants, said Molly Kile, an environmental epidemiologist and associate professor in the College of Public Health and Human Sciences at OSU.

"When we analyzed behavior assessments and exposure levels, we observed that the children who had more exposure to certain types of the flame retardant were more likely to exhibit externalizing behaviors such as aggression, defiance, hyperactivity, inattention and bullying," said Kile, the corresponding author of the study, published in the journal Environmental Health.

"This is an intriguing finding because no one had previously studied the behavioral effects of organophosphate classes of flame retardants, which have been added to consumer products more recently," Kile said.

Manufacturers started adding flame retardants in 1975 in response to a new California law aimed at reducing flammability in common household items. That law has since been revised, but the chemicals are still widely used and their effects linger.

Past research has shown that both BDEs and OPFRs are linked to poorer cognitive function in children. But less is known about the relationship between the flame retardants and children's social and emotional health, particularly during early childhood, a key developmental period for learning.

"The social skills children learn during preschool set the foundation for their success in school, and also for their social and emotional health and well-being later in life," said Shannon Lipscomb, an associate professor and lead of the human development and family sciences program at OSU-Cascades and a co-author of the study.

For this study, the OSU research team recruited 92 Oregon children between ages 3-5 to wear a silicone wristband for seven days to measure exposure to flame retardants. They found that all of the children had some exposure to the chemicals

Children who had higher exposure rates of OFPRs showed less responsible behavior and more aggression, defiance, hyperactivity, inattention, and bullying behaviors. Children with higher exposure to BDEs were seen as less assertive by their teachers. All of these social skills play an important role in a child's ability to succeed academically and socially.

"We detected these links between flame retardant and children's social behaviors while controlling for differences in family demographics, home learning environments and adversity," Lipscomb said. "This suggests that flame retardants may have a unique effect on development apart from the effects of children's early social experiences."