Five dead giveaways that what you're reading is 'fake news'

When you know these stories are designed to manipulate you, they're easier to spot 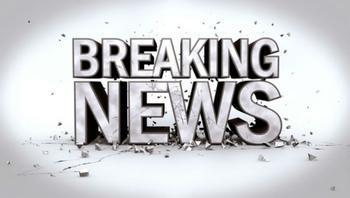 Entertainer Elton John was compelled to shoot down two reports going viral on the internet over the weekend.

To set the record straight, John said he isn't retiring and he is not performing at Donald Trump's inaugural. But neither report was strictly part of so-called “fake news,” which has gained so much attention since the election.

The Elton John retirement report was simply a rumor reported by a British newspaper. The Trump inaugural story actually came from someone on the Trump transition team who misspoke.

Genuine fake news is something else entirely and has one goal – to get readers to click on links.

"We are seeing a return to how political coverage was in the 1800s – almost all of it was partisan," said Fred Blevens, a communications professor at Florida International University. "Our founding fathers made sure that all political speech was protected – even the erroneous and misleading. In the context of politics, you can say just about anything and you don't have to back it up."

Blevins says there are a few things that news consumers can do to spot fake news making the rounds on the internet. Among them – don't get all your news and information from one source. Take the time to consult different sources.

To help you tell “fake news” from the real journalism that may or may not be accurate, here are five dead giveaways.

The story headline starts with “you won't believe”

When a headline proclaims “you won't believe” or contains words like “shocking,” the writer is throwing out a morsel known as “clickbait.” The hope is the reader will be so intrigued to find out what is so unbelievable or shocking that he or she will open the story.

The story itself does not have to contain much meat. The headline has already done its job. If you click on the link, the site publishing the information gets a little ad revenue.

The story confirms one of your cherished beliefs or fears

Internet tools are pretty sophisticated, and it's not hard to figure out whether someone is a liberal or conservative. To rack up the most clicks, purveyors of “fake news” will tempt liberals with stories about some outrage by Donald Trump and conservatives will see all kinds of stories about Hillary Clinton and President Obama's latest atrocities.

Scary fake news is also effective at getting clicks. So when you see headlines about some individual predicting the end of the world, chances are that its facts are a little shaky.

That leads us to the third tip off. Many times “fake news” is about a celebrity or politician because the writers know people will click to learn the latest dirt about them.

There have been headlines, purposefully misleading, to suggest a particular celebrity has died, when in fact they are alive and well.

The story does not cite any credible sources

This is perhaps the biggest tip-off of all. A legitimate news story will be based on information provided by a credible source. It should quote someone with some authority stating that something is true and offer something to back it up.

“Fake news” often cites no source and simply states an opinion. And it's usually out there by itself. If no other news outlet is reporting the same thing, it's a safe bet what you're reading has just been made up in order to get you to click.

The story was emailed to you by one of your friends

Who hasn't received an email chain from a friend with a link to a story, breathlessly saying “you've got to read this?” It's one way “fake news” goes viral.

Usually the friend has taken the bait hook, line, and sinker because the story appears to confirm something they already believe.

If you're unsure something you've read is true, Blevins suggests sites like Snopes.com, PolitiFact.com, and Google as fact checkers.