Five annoying things about air travel, and how to overcome them

Travel pros offer some advice for staying sane at 30,000 feet 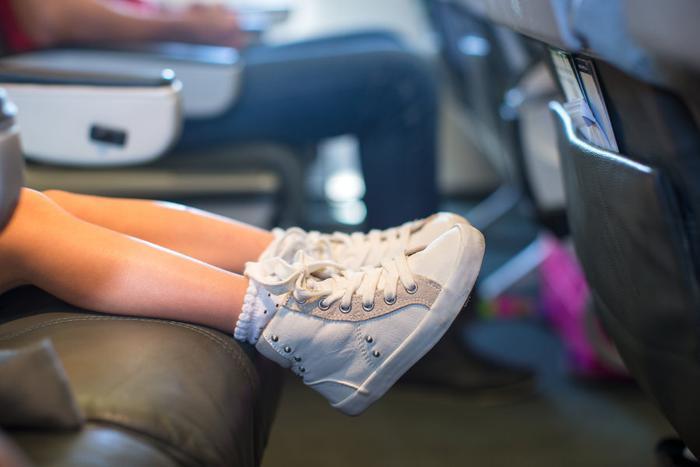 Air travel isn't what it used to be. For one, it's a lot safer. For another, it can be a lot more annoying.

The folks at Brandpoint surveyed a group of frequent flyers and came up with five major annoyances of modern air travel, along with suggestions for overcoming them.

If you're lucky, there isn't a crying baby within 12 rows of you. Even so, being on a crowded airplane can tax the auditory senses.

The solution? A pair of noise-canceling headphones will dampen the surrounding sounds, help you focus on your work, more closely follow the plot of the movie you're watching, or even catch 40 winks. Best of all, they may discourage a chatty seatmate from trying to engage you in annoying conversation.

After a screaming baby in the seat behind you, probably nothing is worse than a child who constantly kicks the back of your seat. It's made more jarring because you can't see the little seat-kicker and don't know when the next jolt is coming.

Instead of taking your frustration out on the kid and his parents, travel pros suggest staying calm and asking the child's parents if they could help him avoid kicking your seat. Suggest putting a carry-on under the child's feet to create a foot rest. Be empathetic with the parents, not confrontational.

Sometimes the annoyances begin before you even board the aircraft. When you get the bad news that your flight will be delayed, just be glad you aren't already on board and sitting on the tarmac for a couple of extra hours.

When faced with a delay, treat yourself to a cold beverage in an airport lounge, or grab one of those massage chairs on the concourse. Remember, it could be worse.

Comedian Louis C.K. does a funny bit about an air traveler whining about the slow and unreliable internet speed on board the aircraft.

"He's complaining about something he didn't know existed just 10 seconds ago," the comedian quipped on the Conan O'Brien Show.

While it's true that airborne Wi-Fi can face some technical limitations now and then, the travel pros suggest downloading plenty of entertainment content on your laptop before you leave the ground.

Climate control can sometimes be an issue aboard an airliner, particularly when you're parked on the tarmac for a while. Brandpoint says airline air filtration systems are in the process of being upgraded, and are much improved.