Fewer than half the world's 50 busiest airports are smoke-free

CDC report warns many travelers are exposed to secondhand smoke 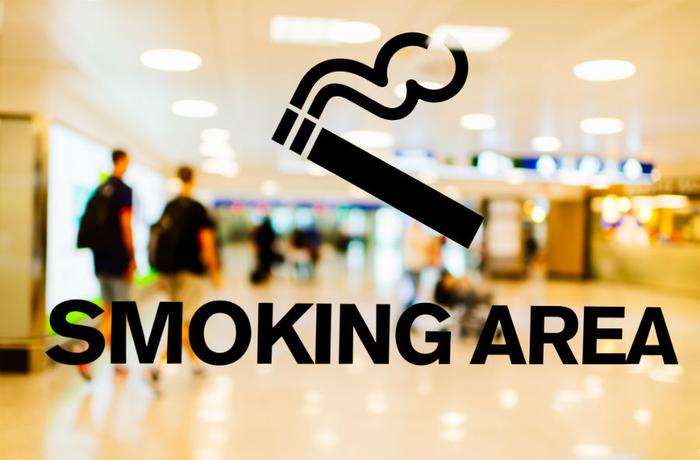 A new report from the Centers for Disease Control and Prevention (CDC) finds fewer than half the world's 50 busiest airports are completely smoke-free.

Twenty-three of those airports forbid smoking anywhere in the facility, but 27 have designated areas inside the terminals where smokers may light up. The findings are important because the CDC estimates that secondhand smoke causes 34,000 heart disease deaths and 7,300 lung cancer deaths each year in the U.S.

Among the 10 busiest airports in the world, Chicago O'Hare and Los Angeles International are smoke-free, while Atlanta's Hartsfield Jackson International has a designated smoking area.

"The Surgeon General has concluded there is no risk-free level of secondhand smoke exposure‎," said Corinne Graffunder, director of CDC's Office on Smoking and Health. "Even brief exposure can have health consequences."

Thomas Carr, Director of National Policy at the American Lung Association, agrees. He says earlier CDC studies showed that air quality studies conducted just outside airport smoking rooms showed they were not adequate to protect others from secondhand smoke.

"The American Lung Association believes all airports in the U.S. and worldwide should remove their indoor smoking rooms to fully protect airport employees and travelers," Carr told ConsumerAffairs.

Unaware of the threat

Non-smokers traveling through airports may be completely unaware of whether the terminal has a smoking area or not. Carr says that means they are largely unaware of the threat if they are being subjected to secondhand smoke.

"This is what makes the release of this CDC report timely," Carr said. "With the start of the holiday travel season it provides an opportunity to better educate and warn travelers about the dangers these indoor smoking rooms in airports pose. No one should be exposed to secondhand smoke."

Cliff Douglas, Vice President of Tobacco Control at the American Cancer Society, says it's not only travelers but airport workers who have to worry about daily secondhand smoke exposure.

"It is well understood that designated smoking areas, including ventilated rooms, do not fully eliminate exposure to secondhand smoke by non-smoking bystanders and passersby," Douglas told ConsumerAffairs. "The air pollution levels from secondhand smoke outside such smoking areas have been found to be five times higher than levels in smoke-free airports."

He says smokers using the designated smoking rooms may also be unaware that the air pollution in those designated areas are up to 23 time greater than levels found in smoke-free airports.