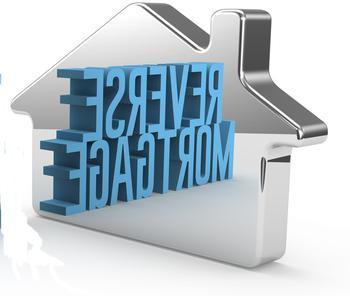 The Consumer Financial Protection Bureau (CFPB) has taken action against three reverse mortgage companies for deceptive advertisements, including claiming that consumers could not lose their homes.

“These companies tricked consumers into believing they could not lose their homes with a reverse mortgage,” said CFPB Director Richard Cordray. “All mortgage brokers and lenders need to abide by federal advertising disclosure requirements in promoting their products.”

The companies sanctioned are American Advisors Group, the largest reverse mortgage lender in the United States, Reverse Mortgage Solutions, and Aegean Financial. They were ordered to cease deceptive advertising practices, implement systems to ensure they are complying with all laws, and pay penalties totatling more than $800,000.

A reverse mortgage is a special type of home loan that allows homeowners who are 62 or older to access the equity they have built up in their homes and defer payment of the loan until they pass away, sell, or move out. The loan proceeds are generally provided to the borrowers as lump-sum payments, monthly payments, or as lines of credit. Homeowners remain responsible for payment of taxes, insurance, and home maintenance, among other obligations.

Through its investigation, the CFPB found that, since January 2012, American Advisors Group’s advertisements misrepresented that consumers could not lose their home and that they would have the right to stay in their home for the rest of their lives.

These terms require, among other things, paying property taxes, making homeowner’s insurance payments, and paying for property maintenance. Moreover, a reverse mortgage is a debt and therefore cannot be used to eliminate all of a consumer’s debt.

CFPB found that, since January 2012, Reverse Mortgage Solutions’ advertisements misrepresented that consumers could not lose their home and that they would have the right to stay in their home for the rest of their lives.

The CFPB also alleges that the company misrepresented that heirs would inherit the home, without disclosing any conditions of the inheritance. In fact, heirs frequently are not able to keep the home after the death of a consumer with a reverse mortgage. Heirs are only allowed to retain ownership of the home after the consumer’s death if they either repay the reverse mortgage or pay 95 percent of the assessed value of the home.

The company also created a false sense of urgency to buy the reverse mortgage product and misrepresented that time limits constrained the availability of a reverse mortgage. For example, one call script required representatives to tell potential customers that if they didn’t call back by close of business, they would “turn your file down and you will miss out on a tremendous money-saving opportunity.” In fact, it was not a limited time offer.