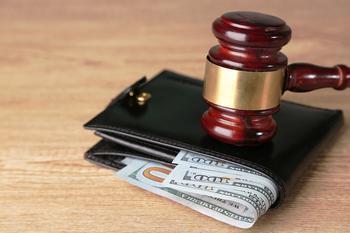 The Department of Justice is ending an Obama-era policy that instructed banks to watch out for “high-risk” merchants that sought direct access to consumers’ accounts.

The policy, according to the former administration, was intended to stop banks from allowing payday lenders to illegally garnish their borrowers' wages. Enacted in 2013, Operation Choke Point, as the feds called it, was supposed to “choke” illegal payday lenders and scam artists from doing business.

But Republicans, the payday loan industry and some small business owners had claimed that Operation Choke Point allowed the administration to go after law-abiding businesses for politically motivated reasons.

A letter obtained by Allied Progress, a consumer group that had supported the initiative, reveals that the Department of Justice is ceding to demands to end Operation Choke Point.

The operation is “no longer in effect, and it will not undertaken again,” Assistant Attorney General Stephen Boyd wrote in a recent letter to House Judiciary Committee Chairman Bob Goodlatte, a Virginia Republican. “We share your view that law abiding businesses should not be targeted simply for operating in an industry that a particular administration might disfavor.”

Operation Choke Point as it was written told banks to give close scrutiny to the “third-party payment processors” they were working with.

The term is used to describe anything from PayPal to an independent salesman or designer selling goods on peer-to-peer sites like Etsy. The third-party  merchants get their name because they are able to conveniently access a shopper’s account without, say, a credit card machine and a traditional relationship with a bank. This system has allowed small business owners working in the e-commerce industry to flourish.

The problem, according to watchdogs, is that payday lenders, or companies that provide loans to poor people at high interest rates, have also made friends with some third-party payment processors. This relationship allowed the loan companies to directly access their customer’s accounts and garnish their wages, which is normally illegal to do without a court order.

Using subpoenas that they gathered under Operation Choke Point, the Department of Justice in 2014 fined a North Carolina bank $1.2 million for allowing payday lenders to illegally deduct $2.4 billion from consumers’ bank accounts. The bank itself made $850,00 in fees from the deductions, making this a rare instance in which a government fine on a bank over a fraud issue was steeper than the bank’s profits.

In another case, Nascar driver and payday lender Scott Tucker was arrested and later ordered to pay the feds $1.2 billion in fines after the Department of Justice alleged that he had charged unlawfully high interest rates and raided the accounts of 4.5 million people. Tucker, according to the feds, initially avoided scrutiny by pretending that his online payday lending business was controlled by Native American tribes.

But the wide-ranging definition of “third-party payment processor” gave payday lending companies and Republicans in Congress leeway to argue that legal yet controversial e-commerce industries, such as online gun dealers, were also targeted. E-commerce businesses that legally sold firearms agreed, publicly complaining that they were labeled “high-risk” and dumped by banks as a result of Operation Choke Point.

Though they did not generally attract the same sympathy from Republican legislators, sex workers had also complained about the measure. Those who work in online pornogarphy repeatedly said during the Obama administration that their bank accounts were getting shut down without warning.

Another woman who tried to launch an e-commerce condom business said that Chase had also denied her an application for payment services, as she was also  “high-risk.” Their financial difficulties gave credence to concerns that Operation Choke Point would harm legal but controversial e-commerce industries and small business.

In his letter to the House Judiciary Chairman, Assistant Attorney General Stephen Boyd acknowledges that investigations sparked by Operation Choke Point did lead the feds to find and prosecute unlawful financial activity. While he writes that the Department will continue to prosecute law-breakers, he says banks will no longer be instructed to stay away from high-risk third party merchants so that they do not target people who are not breaking the law.