Nasty weather and the slumping stock market are blamed 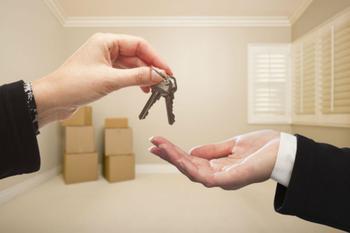 The rise in existing-home sales in January to the highest annual rate in six months was undone in February.

The National Association of Realtors reports total sales of previously-owned homes -- completed transactions that include single-family homes, townhomes, condominiums, and co-ops -- plunged 7.1% last month to a seasonally adjusted annual rate of 5.08 million. Even with that huge decline, sales are up 2.2% from a year earlier.

"Sales took a considerable step back in most of the country last month, and especially in the Northeast and Midwest," said NAR Chief Economist Lawrence Yun. "The lull in contract signings in January from the large East Coast blizzard, along with the slump in the stock market, may have played a role in February's lack of closings. However, the main issue continues to be a supply and affordability problem. Finding the right property at an affordable price is burdening many potential buyers."

The median existing-home price for all housing types last month was $210,800, up 4.4% from a year earlier, marking the 48th consecutive month of year-over-year gains.

Total housing inventory at the end of the month was up 3.3% -- to 1.88 million existing homes available for sale. However, that's down 1.1% from a year ago. Unsold inventory is at a 4.4-month supply at the current sales pace, compared with a supply of 4.0 months in January.