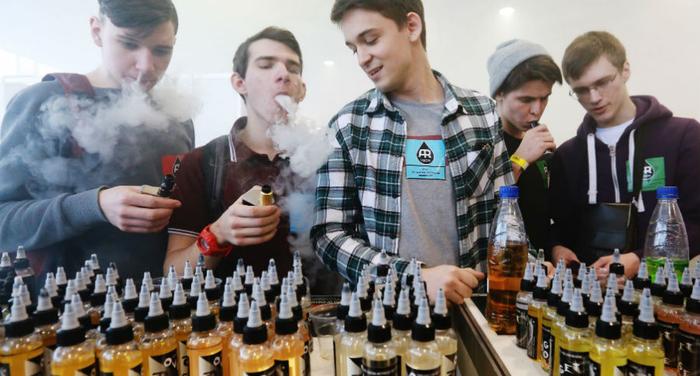 In recent months, the agency has called electronic cigarette use among youth an “epidemic” and has set out to address the dangerous trend. Gottlieb said he’s met with five companies over the past few weeks: Altria Group, JUUL Labs, Reynolds American, Fontem Ventures, and Japan Tobacco International USA.

“The companies acknowledged the serious public health consequences associated with youth use of tobacco products,” Gottlieb said. “They presented thoughtful proposals, consisting not only of what steps they would take themselves to restrict youth access to and appeal of these products, but also steps that they think the FDA and other policy-makers can take to reverse the trends in youth use of e-cigarettes.”

“Some stated explicitly that preventing youth use must be a priority, and that any potential benefits of e-cigarettes for adult smokers cannot justify significant increases in youth use and addiction,” he said.

E-cigarette use among high school students has risen by 77 percent this year, according to preliminary federal data.

“In order to firmly confront and reverse these trends – and fulfill the central premise of our public health mandate – we may need to take actions that might narrow the off-ramp from smoking for adults in order to close the on-ramp to nicotine addiction to kids,” Gottlieb said.

The companies offered several proposals for mitigating this problem. These include:

In a statement, Gottlieb said the FDA welcomes any voluntary steps the companies may take to address teen use.

Last month, the FDA ordered five e-cigarette manufacturers to submit plans to curb teen use of their products within 60 days.