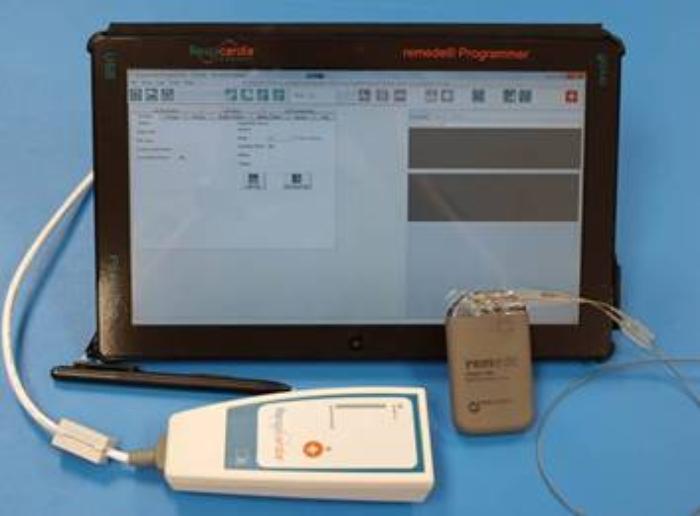 The Food and Drug Administration (FDA) has approved a new treatment option for sufferers of moderate to severe central sleep apnea.

The Remedē System consists of a battery pack surgically placed under the skin in the upper chest area and small, thin wires that are inserted into the blood vessels in the chest near the phrenic nerve. The system monitors patients’ respiratory signals during sleep and stimulates the nerve when necessary to move the diaphragm and restore normal breathing.

Dr. Tina Kiang, an acting director under the FDA’s Center for Devices and Radiological Health, says the system is a viable option for treating the sleeping condition.

“This implantable device offers patients another treatment option for central sleep apnea,” Kiang said. “Patients should speak with their health care providers about the benefits and risks of this new treatment compared to other available treatments.”

Central sleep apnea occurs when the brain fails to send signals to the diaphragm to breathe, which can cause an individual to stop breathing for a period of 10 seconds or more before restarting again.

The National Institute of Health’s National Center on Sleep Disorders Research says that this can lead to poor sleep quality and may result in serious health issues, including an increased risk for high blood pressure, heart attack, heart failure, stroke, obesity, and diabetes.

“Central sleep apnea is often difficult to treat. This is an exciting new option to provide patients to improve breathing during sleep and quality of life,” said Dr. M. Safwan Badr, chairman of the Wayne State University School of Medicine’s Department of Internal Medicine.

While the device has won approval from the FDA, questions still remain about whether the Remedē System will be covered by health insurers. However, Kristine Growe – America’s Health Insurance Plans Senior Vice President – tells ConsumerAffairs that each insurance company will examine clinical evidence before making a coverage decision.

Thus far, there have been positive clinical implications. Clinical data from 141 patients was used by the FDA to assess the effectiveness of the system in reducing hypopnea index (AHI) – a measure of the frequency and severity of apnea episodes.

Not intended for every case

There are some adverse events connected to use of the system, including concomitant device interaction, implant site infection, and swelling and local tissue damage or pocket erosion.

The Remedē System should also not be used by patients with an active infection or by patients who are known to require magnetic resonance imaging (MRI).

The system is also not intended for use in patients with obstructive sleep apnea, a condition in which the patient attempts to breathe, but the upper airway is partially or completely blocked.